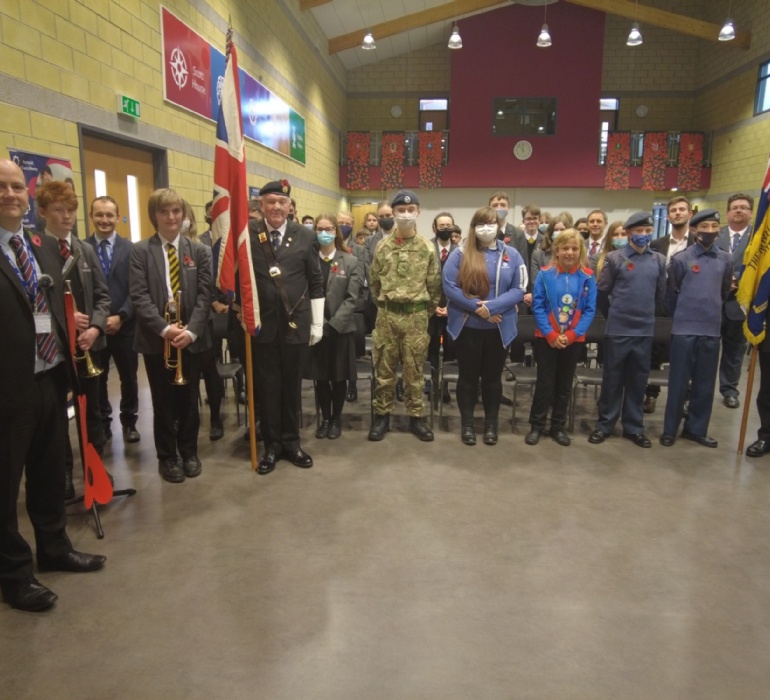 Students and staff across Ely schools paid their respects to those who lost their lives during special services and initiatives to commemorate Remembrance Day.

At the Lantern Primary School, which is part of Cambridge Meridian Academies Trust (CMAT), the whole school was able to come together via Microsoft Teams to take part in a Remembrance Day assembly at 11am. The school listened to the Last Post and sat silently for two minutes.

Following the assembly, pupils took part in art activities and listened to poems about remembrance which helped to mark the day’s significance.

Benita Sherrington, Acting Principal at the Lantern Primary School, said: “In addition to our special service, our Year 6 pupils recycled plastic bottles to create 200 poppies which they planted into the bank of our front playground for us all to enjoy.

“After all the poppies were placed, pupils observed two minutes silence in front of the display which moved some to tears. The significance of the ceremony was made more poignant for the Year 6 pupils who are currently studying World War Two.

“Throughout the day and during the two minutes silence, the children were so mature and respectful, and we are so proud of them all.”

At Downham Feoffees Primary Academy (DFPA), which is part of CMAT, the Principal, Susan Jaques, led a whole school outdoor assembly to commemorate Armistice Day. All members of the school community, including the Chair of DFPA's Academy Council, Mr. Hollington, observed the two-minute silence at 11:00am. DFPA’s Heads of Pupil Voice read the famous poem ‘In Flanders Fields’ by John McCrae.

Julia Stead, Assistant Principal, said: “It was very moving to see such respect and consideration shown by all our children.

“Children who are part of the Scouting and Guiding Movement came to school dressed in their Rainbow, Brownie, Beaver and Cub uniforms, looking very smart in honour of the significant day.”

During the afternoon, as part of DFPA’s work to link maths with the wider curriculum, Year 1 enjoyed using 2D shapes to print poppies, plus different types of paper to create landscape backgrounds. Year 6 continued to link all activities to their topic this term, World War II.

At Ely College, which is also part of CMAT, the school observed a two-minute silence at 11am on Thursday but deferred their official Act of Remembrance to Friday as the college was hosting the school vaccination team for the delivery of the Flu Vaccines for students. The following day, students gathered once again, joined by the Ely Branch of the Royal British Legion standard bearers. The college’s principal, Simon Warburton, read the Exhortation and the music students sounded the Last Post.

Simon Warburton, Principal at Ely College, said: “It was lovely to see our students across Ely College and Bishop Laney Sixth Form making us proud today.

“Thank you to the Ely Branch of the Royal British Legion standard bearers for joining us for such a commemorative day. To be able to come together as a community and remember those that gave up their lives for our freedom was a special experience and I want to thank everyone for their contributions to such a respectful service.” 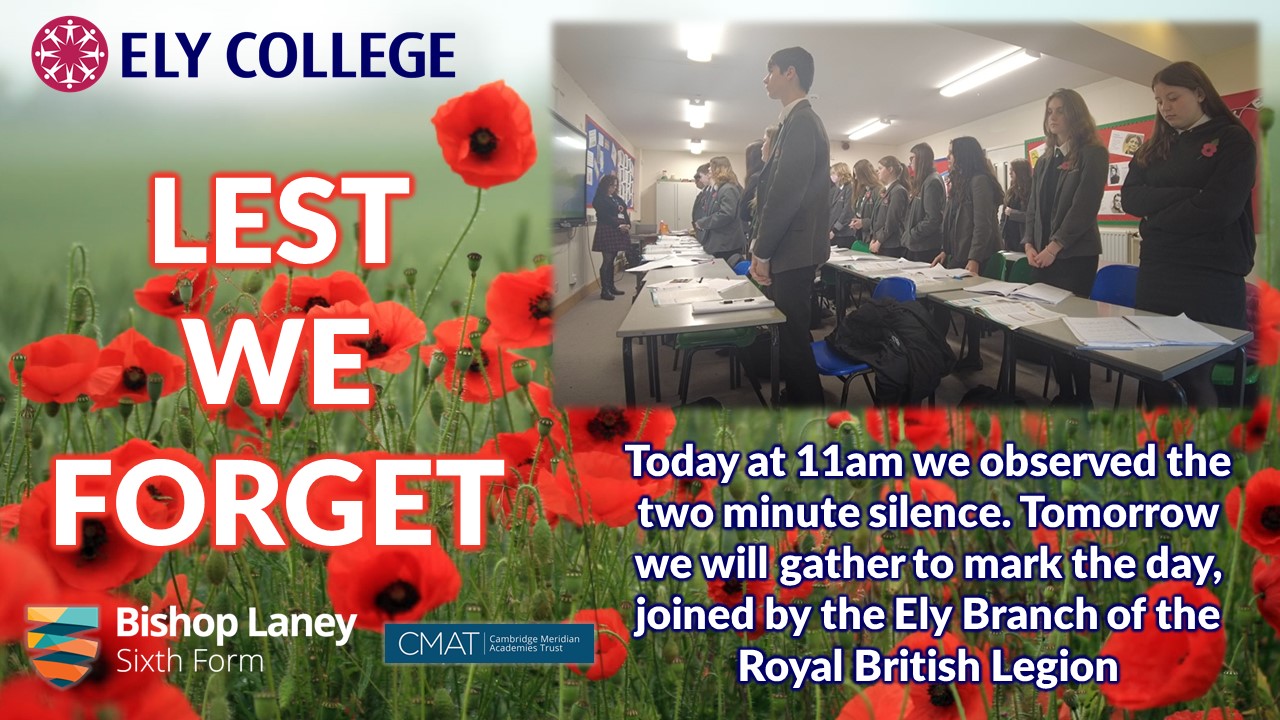