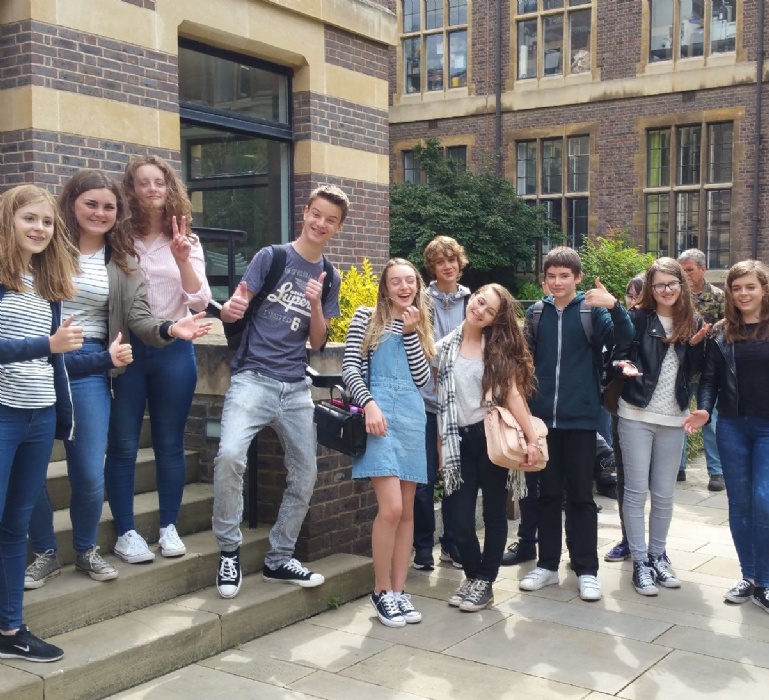 Earlier this month Ely College students were in the lovely village of Rampton, on the edge of The Fens six miles to the north of Cambridge. The locals were friendly (especially the cats and dogs in one test pit), the weather stayed dry and we joined some great students from Bottisham Village College, Soham Village College and Cottenham Village College. 11 archaeological test-pits were located throughout the village on King Street, Church End, Cow Lane and the High Street. Alison Wedgbury of the Fen Edge Archaeology Group organised the test-pits which were located in the gardens of local residents and Rampton Village Hall served as the base for the two digging days. This is the third year ACA have held a HEFA in Rampton and the fifth year Ely College has taken part.

After receiving a briefing on Day 1 by Alison Dickens, Director of ACA, about how to excavate and record the test pits, the students went out on site and excavated for 2 days through the heavy clay, and sometimes thick roots, of Rampton. They worked brilliantly, in mixed-school teams, supervised by teachers and local volunteers. Also helping out this year was Emma Smith, Schools Liaison Officer at Homerton College, and ex- archaeology student at Cambridge; someone students could relate to and ask questions of, as she now works to widen access to Cambridge and help students make informed choices about university.

Cat Collins, ACA archaeological supervisor, and Paul Blinkhorn, pottery expert, toured the test pits providing guidance on excavating and recording techniques as well as identifying finds and pottery sherds. This real-time identification and assistance is of great value. Test pits that had been discouraged at finding very little were encouraged as Paul walked around the village adding some perspective on the things they were finding some of which were up to 900 years old. Paul’s full pottery report is available here.

The students recorded all of their findings context-by-context in their individual Test Pit Excavation Record Booklets. They then use this to write up their own report on what they found. We also keep the records they produce which then informs academic research about Rampton itself, the record of Cambridgeshire and the wider CORS project . Ely College students really are contributing in a big way to ongoing academic research at the University of Cambridge by taking part in HEFA.

In previous years small amount of Roman pottery had been found which we added to this year in Test Pits 6, 10 and 11. Test Pit 11 had been finding very little, without the usual appearance of large amounts of Victorian pottery and more modern refuse. However by mid-morning Day 2 they were struggling through the heavy clays of Rampton when they came across a 1-inch fragment of dark grey pottery which turned out to be Roman, made between 100-400AD. Previous years have told us where settlements were concentrated in different periods, with finds of High Medieval pottery concentrated around the centre of the current village, and Late Medieval sherds coming from just outside that. It is only into the Post-Medieval and Victorian ages that dating evidence emerges from the furthest outlying pits. This year we continued to define the edges of the settlement with test pits 10, 9, 8, 6, 3 and 2 finding a lower density of pottery, and from later, suggesting their use as fields around the village before more recently being built on. Test Pits 5 and 4 have a higher concentration of medieval pottery, suggesting occupation there, but less from later periods suggesting they were then abandoned.

After two days excavating, students  got to spend their third day at the Archaeology Department in Cambridge. Despite living so close to Cambridge, many of the students had never seen the ‘gown’ side of the town and were excited to see the different colleges and departments. We at Ely College in particular, arriving early, took the opportunity to visit the Sedgwick Museum of Earth Sciences and started discussions about what going to a university so close to home might be like. Before long everyone had arrived and it was off for our first university lecture- a talk about the wider Currently Occupied Rural Settlement project from Debby Banham.

The students then split into groups for lunch and a tour at Trinity College. These tours were given by the schools liaison officers (SLO). Sam Twells, SLO for Corpus Christi, then gave a presentation to the pupils about the University of Cambridge and life as a university student.

The day concluded with Eoin Parkinson, pHD student at the Department of Archaeology giving a presentation on how to structure and present a written account of the excavation. The report collates and provides evidence for all of the skills students take from this course which they can then use when applying to 6th form, university and beyond. Students themselves recognise this saying in their feedback they now know how to produce a report and “I have gained new skills, an insight into archaeology and a better understanding of university work and application”. The work also boosted confidence with one student saying the realised that getting into a ‘good’ university was a possibility for them.

Staff on the trip also appreciated the trust the University and ACA team put in the students to produce high quality archaeological work saying “being regarded as organised, adult individual helps boost their confidence and look towards the future”. Students felt they had gained other skills such as independent thinking, teamwork, communication: “I feel I am more able to work with new people and have more confidence”, “a lot of new and valuable knowledge and experience”.

We would like offer the ACA team and the University a huge thank you for offering this programme and supporting Ely College as a Beacon School over the last few years. Having this relationship and the opportunities it offers on our door step is something we look forward to expanding on in the future. HEFA coordinator at Ely College, Mrs Vella would also like to add thanks to all the staff and students at Bottisham, Soham, Cottenham. It was a pleasure working with you all and we look forward to seeing you next year hopefully!

Gentle Reminder: Students who attended the programme can email Mrs Vella at any point over the summer for support in writing their reports (kvella@elycollege.co.uk) and follow the HEFA at Ely College Twitter and Facebook links for hints, tips and photo sharing.

Credit:  Taken and adapted from ACA blog with thanks. https://accesscambridgearchaeology.wordpress.com/ 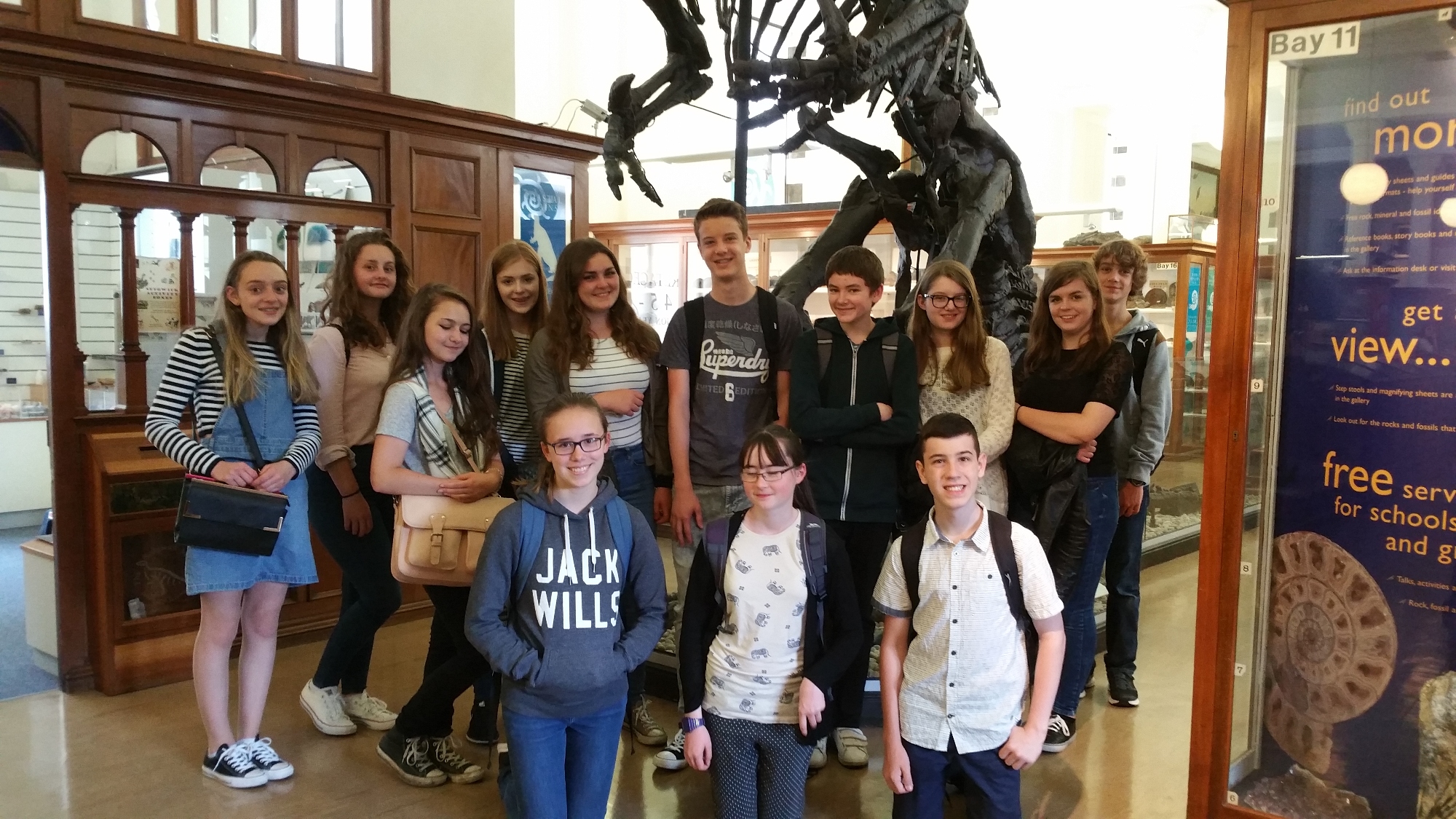