Ely College participated in a range of events to mark Holocaust Memorial Day, which occurs annually on 27th January, the anniversary of the liberation of Auschwitz-Birkenau concentration camp.

Across the tutor groups, students were given the chance to reflect on genocides, both historical and more modern. Each tutor group was invited to reflect on the theme of ‘One Day’, that one day we may enjoy a future free from prejudice, hate and discrimination. Students were invited to anonymously write down a message to their future self about the Holocaust, or a reflection on the topic. We took these and created a collage, made up of the many messages of hope for the future.

In our Year 9 history classes, we had the opportunity to view an interview with a Holocaust survivor,Eva Clarke BEM. We all found the experience very moving, and at times extremely difficult and challenging. Students had the following reflections after the lesson:

“I found this very moving and would most certainly be interested in studying this in greater detail. I was struck by the fact that similar stories as to what happened to that family, the grief, the pain and the hardships, happened several million times. I found it astounding that one group of people was so determined to exterminate an ethnicity”

“It was very moving and revealed all the hardships people went through at that time. It also showed how evil humans can be, and why something like that should never happen again” 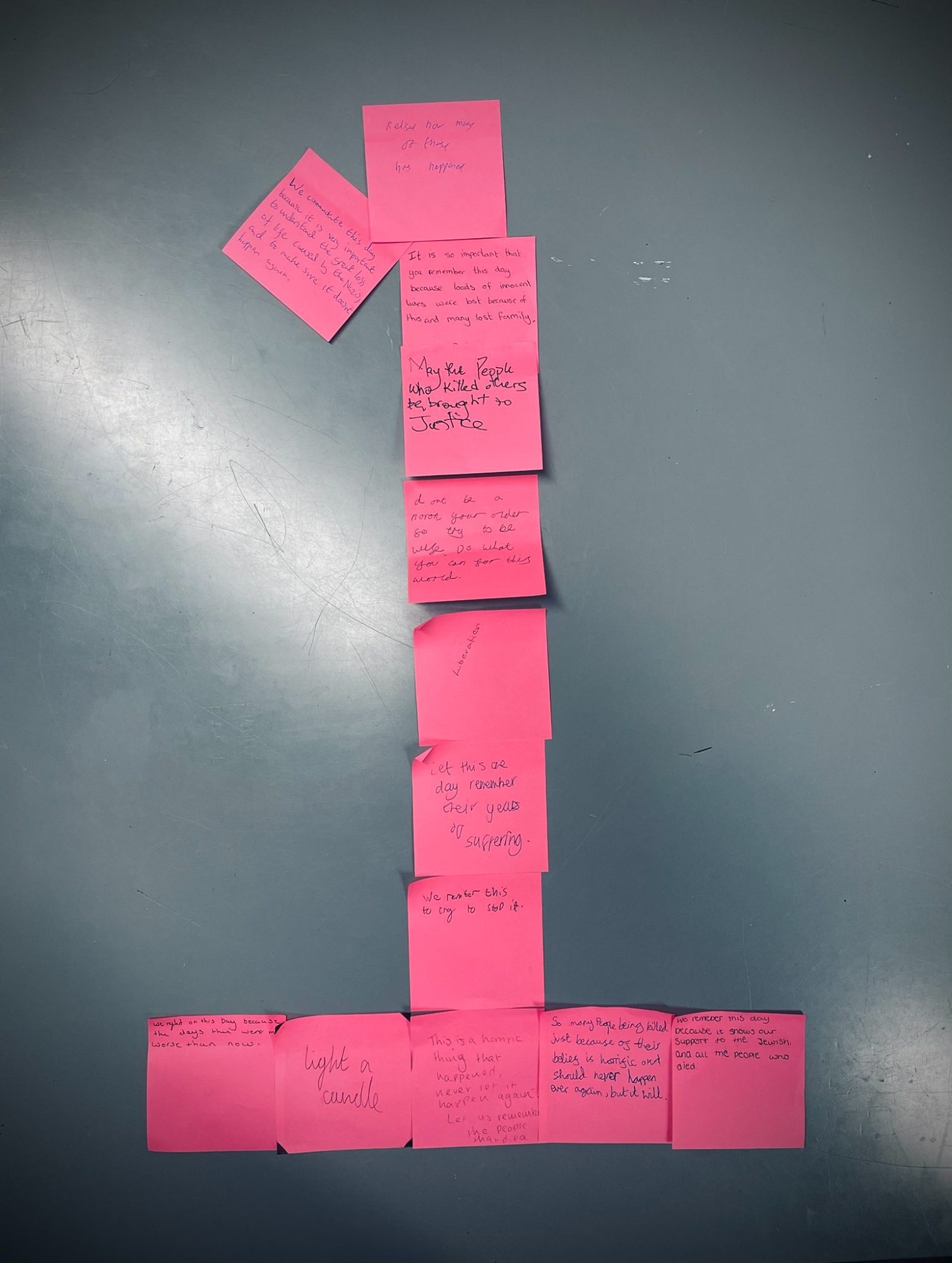