STUDENTS from Ely College. Bishop Laney and King’s Ely joined forces for an innovative Political Careers Event. The event on March 23rd saw Year 9 and Year 12 students from both schools coming together to engage with local elected political representatives and to participate in a task exploring Government spending. 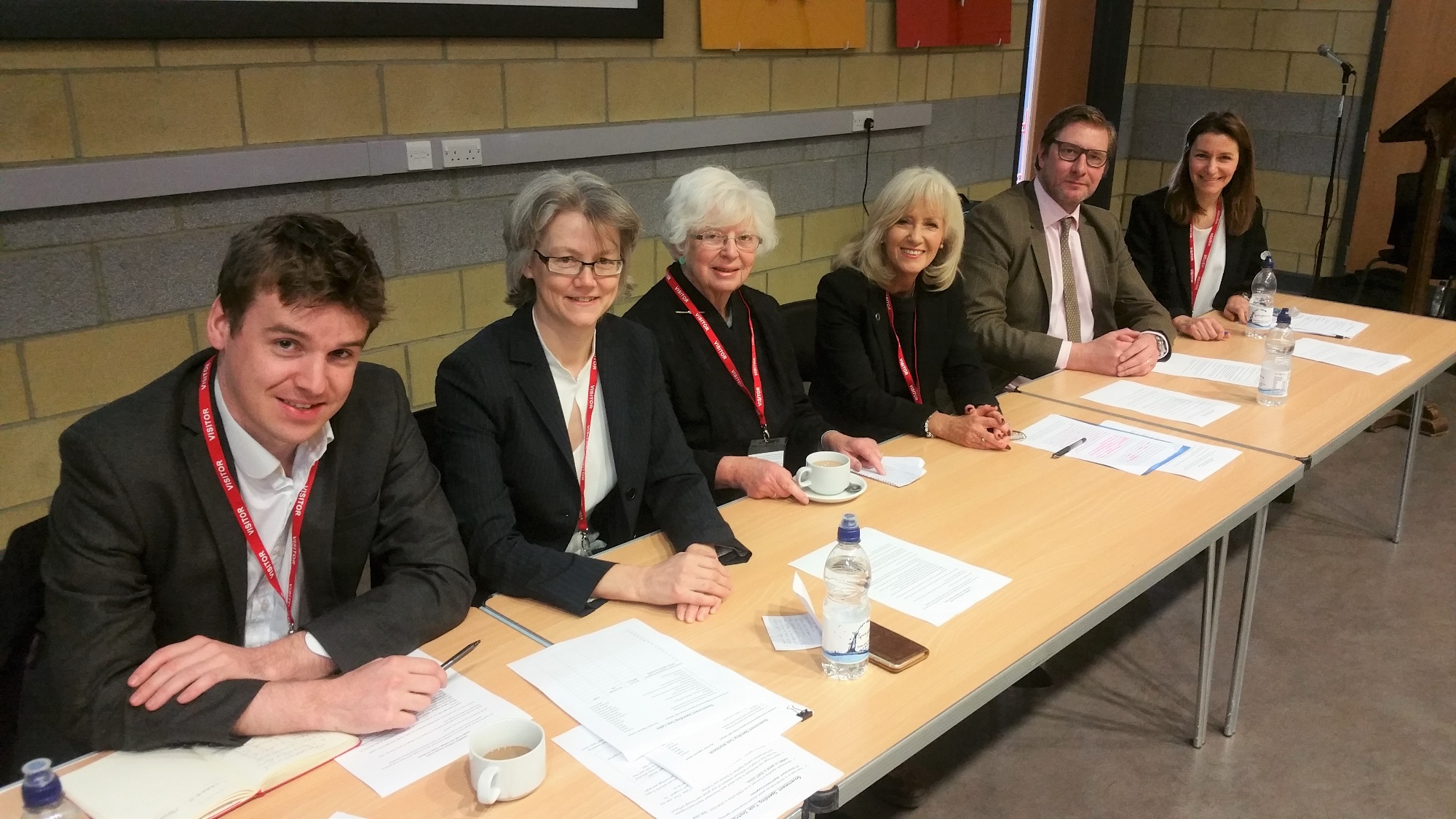 The guests were asked not to represent any particular personal or party political viewpoint, but they all spoke briefly to the students about their careers and different roles in Government. This was followed by a Q&A session. The pupils then broke into assigned groups before undertaking a Government spending task, where groups of Year 9 students from both schools, accompanied by a Sixth Form student, were asked to allocate Government spending according to how they believe spending should be distributed. It proved fascinating to see which areas of Government expenditure each group deemed priorities. 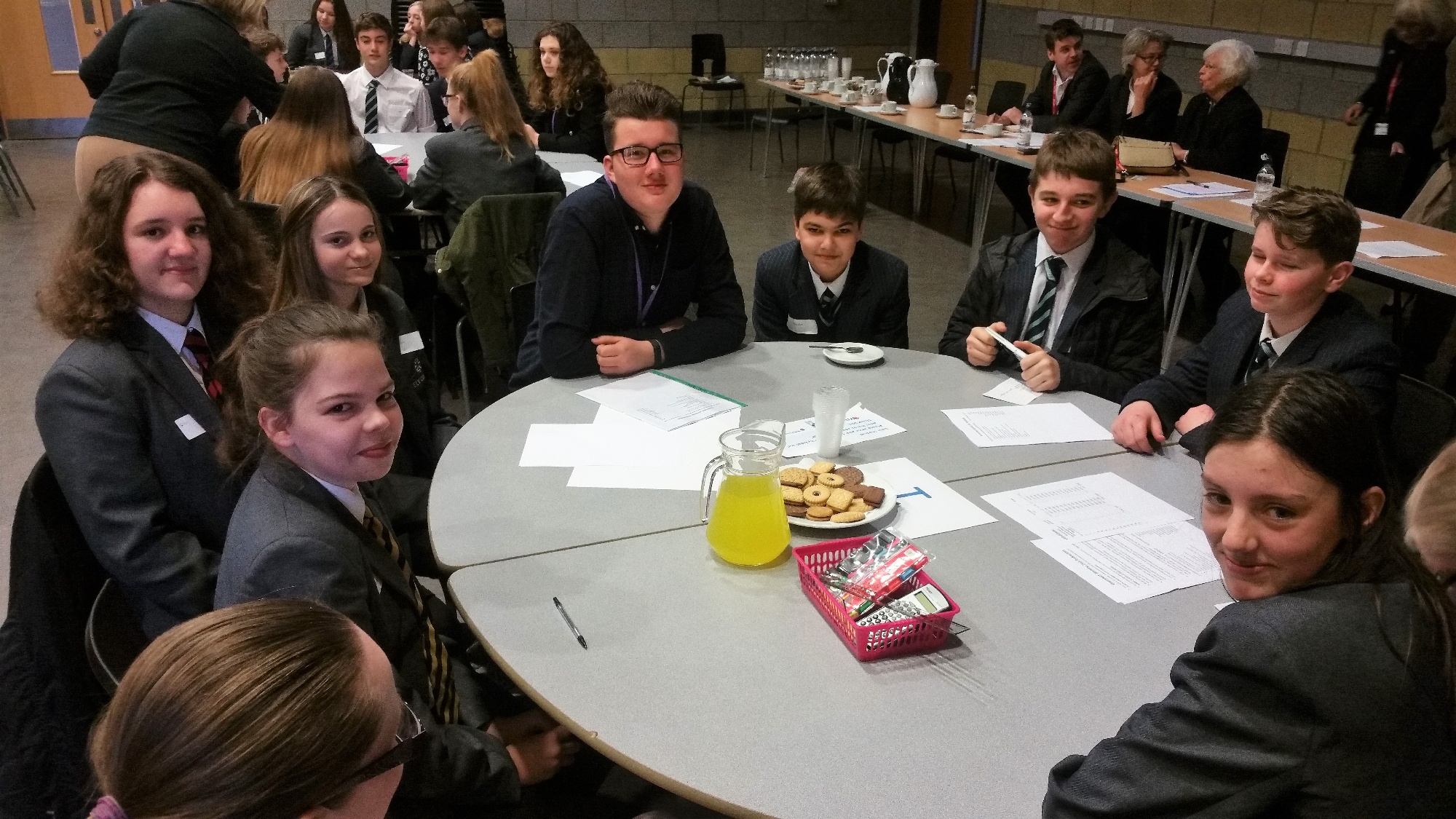 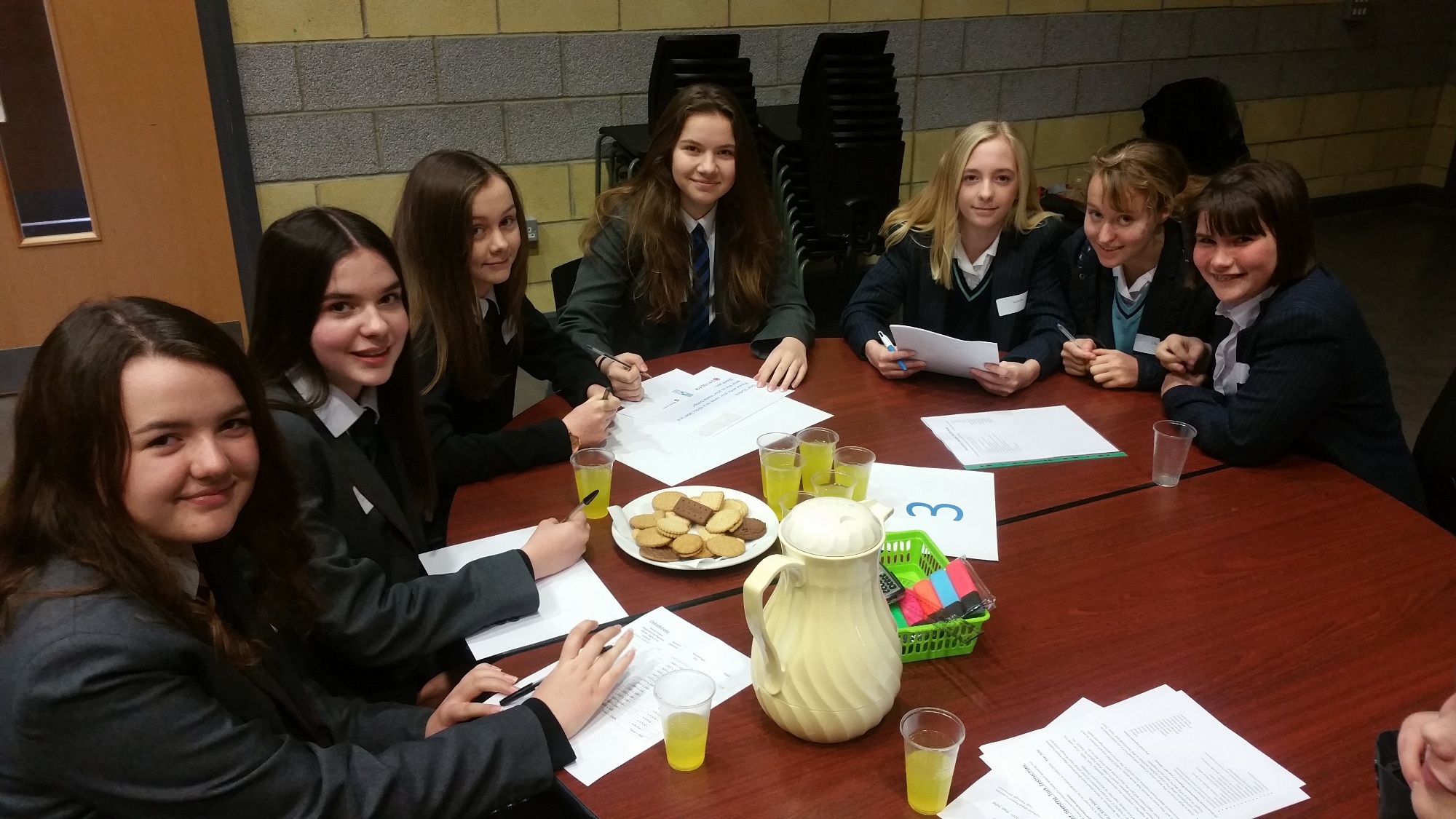 MP Frazer said: “When considering future career choices, secondary school pupils often consider careers that they have some knowledge of - jobs they are familiar with because they know family members or friends of their parents who have these jobs or because they are common place on our TV screens and part of our everyday world. Politics may seem a bit remote. Not many of us will grow up knowing an MP or someone active in Politics and often Politics is not a subject we learn much about at school, at least not until the later years. It occurred to me that initiating a political careers event, inviting local political representatives at most levels of Government to address 13-14 year old students ahead of GCSE would give them an insight into both local and national Politics and would be a worthwhile and exciting thing to do. I am delighted that both King’s Ely and Ely College embraced this idea and that the vision has become a reality. Their idea to also hold a workshop to teach students about the role of Government was a brilliant one. I hope that today’s programme of events will give those present a better understanding of the world of Politics and an insight into Politics as a potential career choice.” 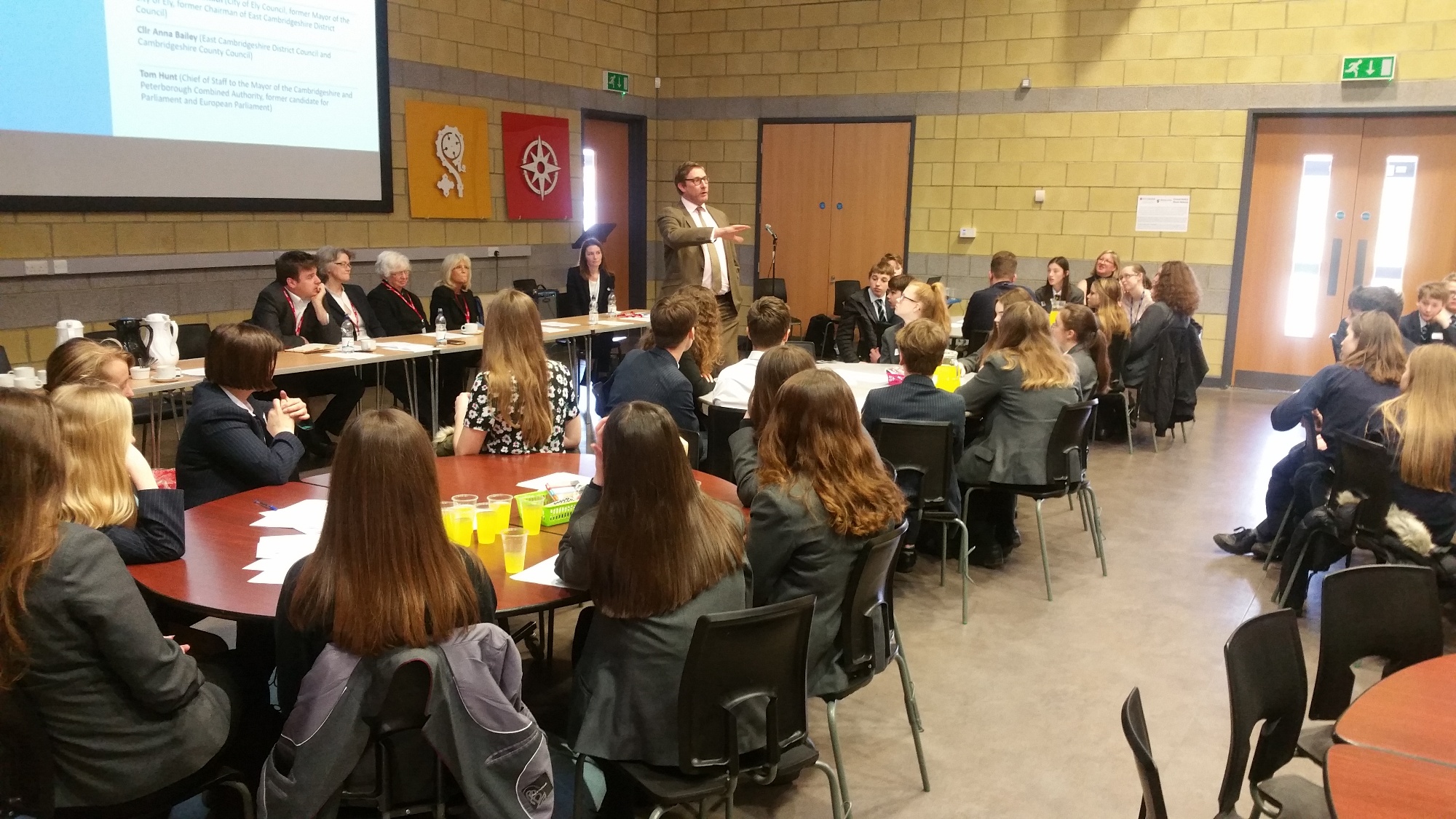 Vice Principal Academic at King’s Ely Senior, Jane Thomas, commented: “The Year 9 pupils from both schools relished the opportunity to grapple with real world issues. They were all thrown into unfamiliar groupings and rose to the challenge of working as a team to provide well thought through solutions. Each group had a Year 12 facilitator, who played an important role in assisting with the discussions. Thank you to all the young people for their positive engagement with the event.”

Principal of Ely College, Richard Spencer, said: “We were delighted to host the Political Careers Event in partnership with King’s Ely. The morning provided a unique and invaluable opportunity for our pupils to learn first-hand about Politics and Governance in the UK and to hear from key speakers, including councillors and politicians from their own constituencies. The day will be unforgettable for many of our students and will encourage them to engage with Politics throughout their lives.” 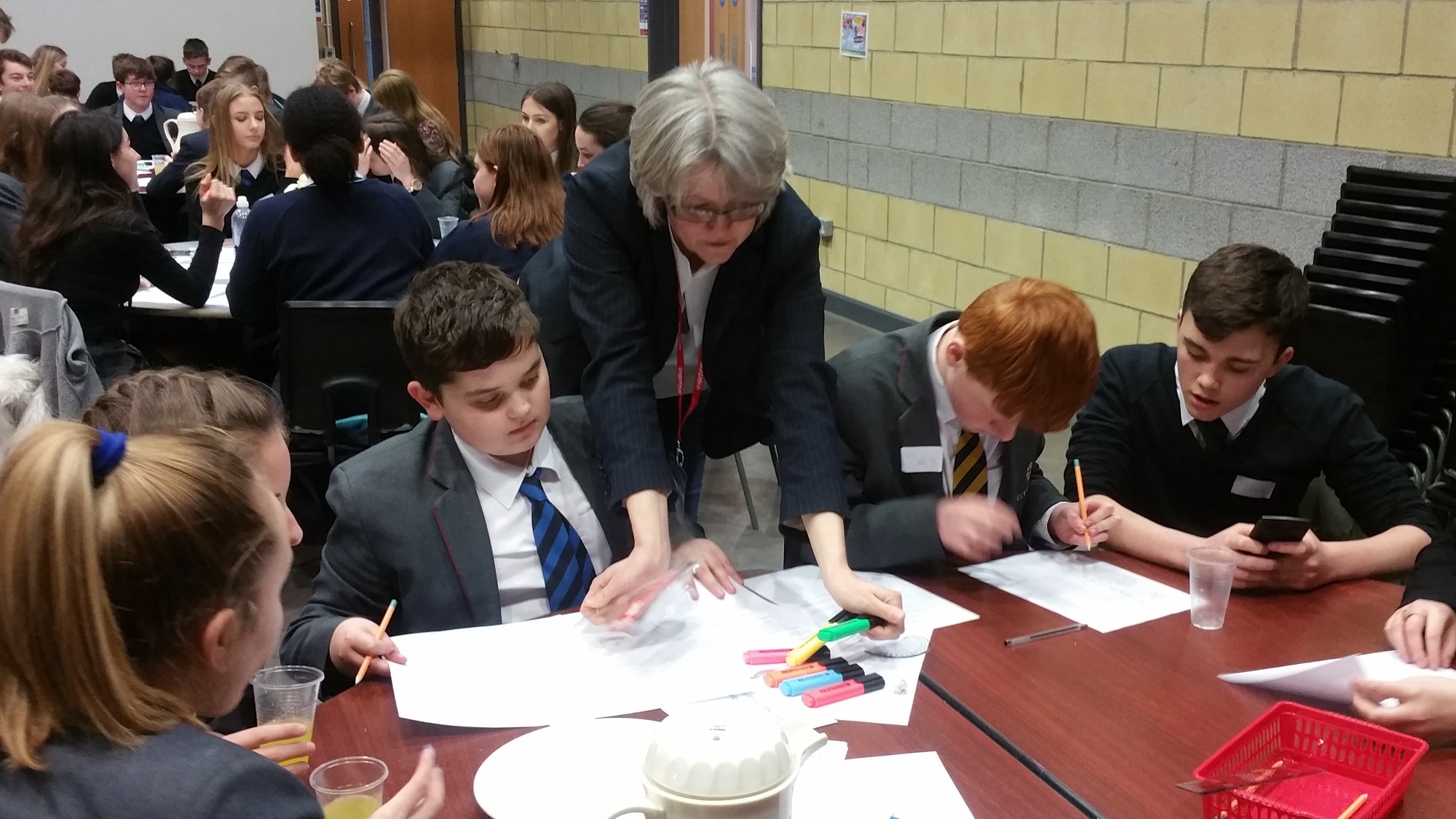 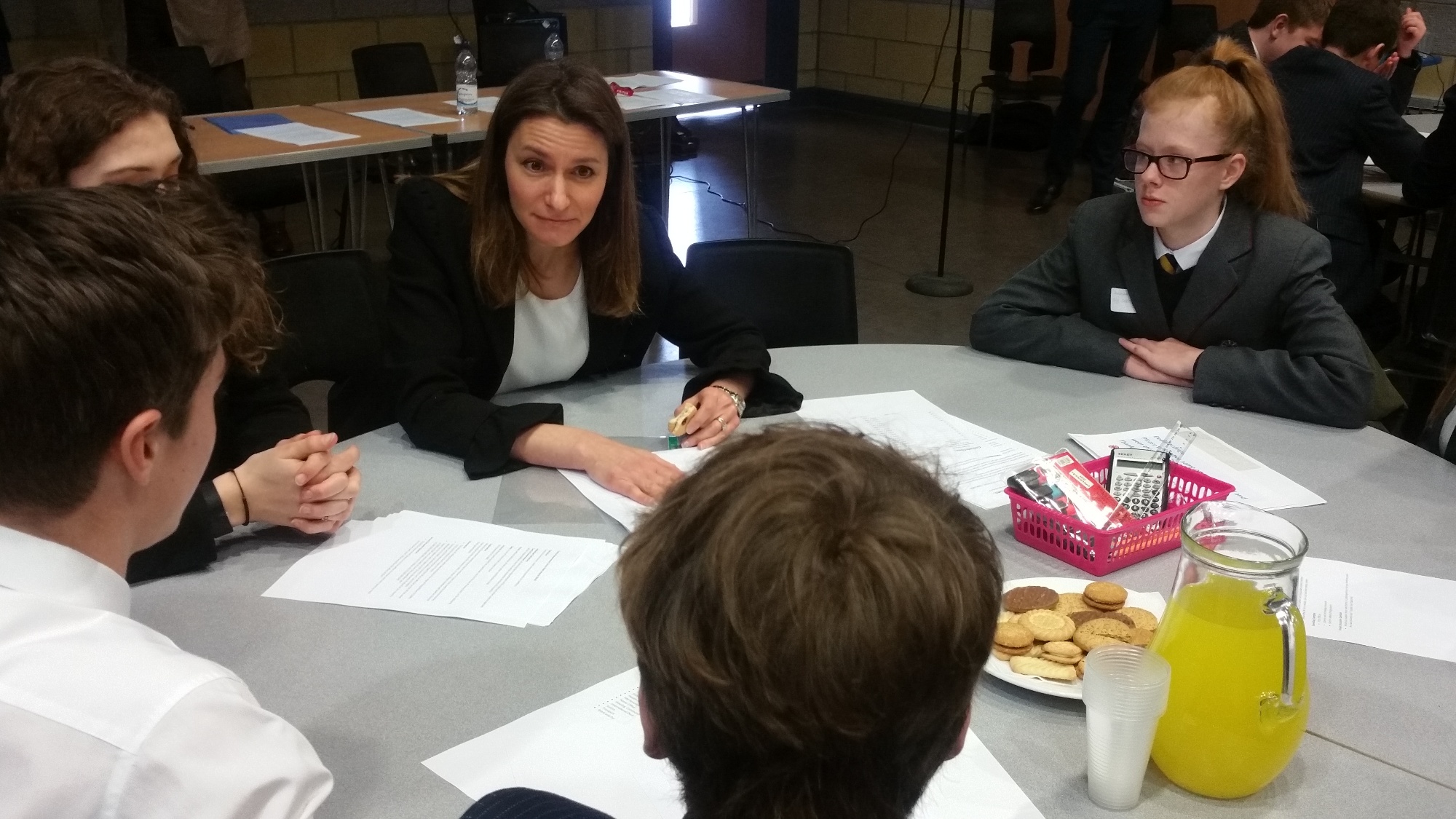 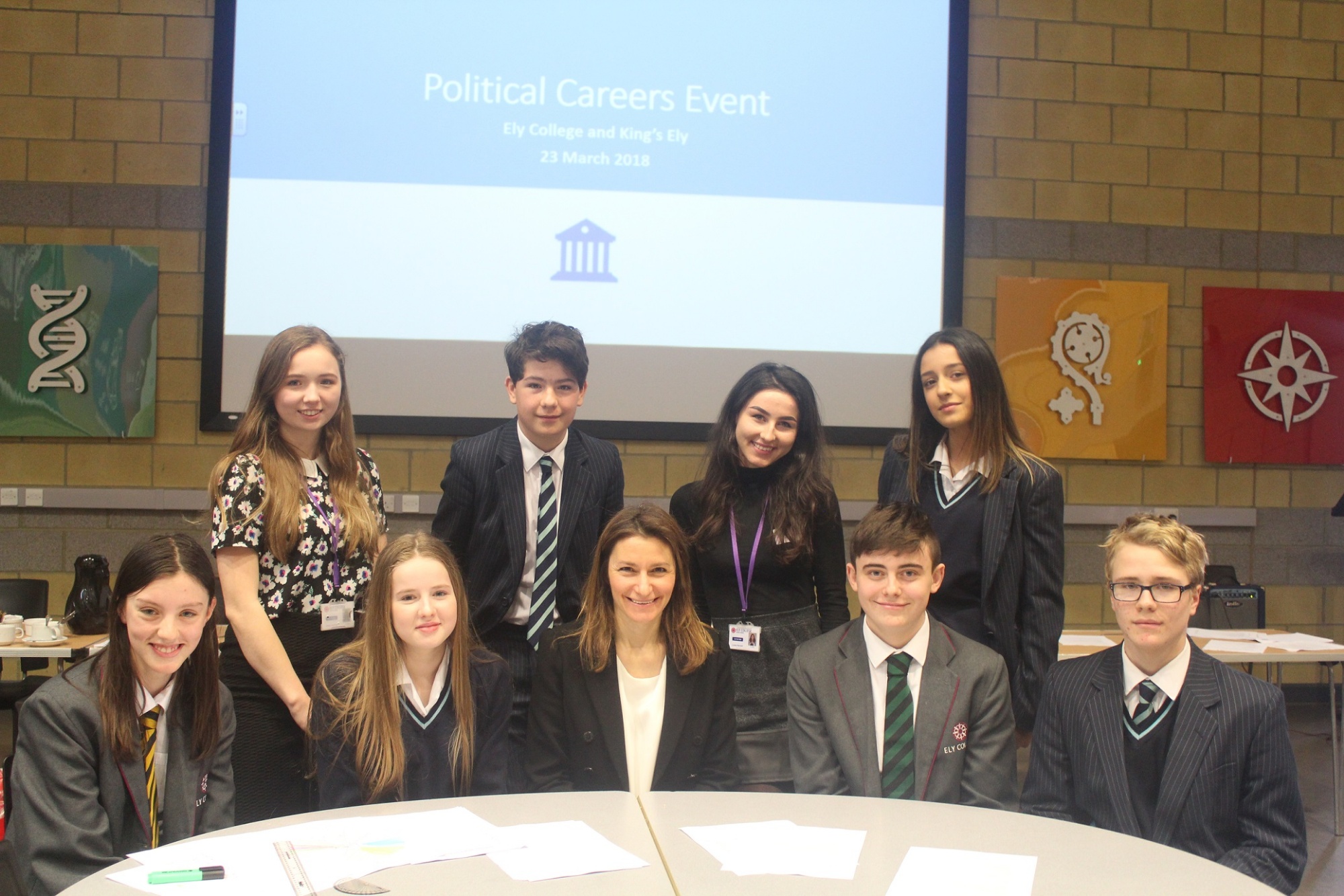