In July 2016, Ely College joined the Cambridge Meridian Academies Trust (CMAT). A year on, the College has had its best year yet and in March was labelled as “moving strongly in the right direction” by the Regional Schools Commissioner’s Office.

The College transferred from its previous sponsor, CfBT Education Trust, in July 2016. The planned transfer was the result of discussions with the Department for Education to secure more local support for Ely College, with the aim of moving the school more quickly towards becoming ‘Good’ and beyond.
Among the changes that have been made at the College this year were the introduction of four, student-named, houses, which operate as small communities within the larger school, providing close support to families and monitoring students’ welfare and progress. The College also introduced a smart new uniform and has ensured high standards of behaviour.

Significant investment has been made by the Trust to improve many areas of the school building and a PLEDGES rewards scheme has been introduced to encourage students to develop character, take responsibility and gain new experiences as a preparation for life. These initiatives are featured in all CMAT schools and have a track record of improving standards and behaviour.

The Trust, which was founded by the governors of Swavesey Village College – a school regarded as being outstanding in all respects, has a history of delivering rapid improvements in standards and achievement. Nene Park Academy, North Cambridge Academy, Stamford Welland Academy and Sawtry Village Academy have all seen their KS4 results and Ofsted grade improve since joining the Trust.

Principal, Richard Spencer, said: “It has been a fantastic year for Ely College and I am so proud of everything that we have achieved since we joined the CMAT family. We are thrilled to be welcoming a higher number of students into Year 7 in September and we are delighted that a significant number of Ely parents are once again putting their trust in the school.

“There have been plenty of individual moments of success throughout the year which have shown the benefits of the work we have been doing. In April, we hosted a very positive monitoring inspection by the Department for Education, who concluded that the College was ‘moving strongly in the right direction’. We are hoping to see these improvements convert into improved exam results over the next few years.

“I am also very excited to be launching our new sixth form this year in partnership with Soham Village College. Bishop Laney Sixth Form will officially open in September 2017 and will start by offering professional courses, broadening out to run a suite of A Level qualifications from 2018.”

In a letter to parents Richard Spencer outlined what he considered to be the top ten successes of the past year under the sponsorship of CMAT:

1.    Raised standards. A new framework of teaching values and expectations called ‘Ely Expects’ has been designed and implemented by staff to raise the levels of challenge and standards of teaching in the classroom.

2.    Raised expectations. We introduced a smart new uniform and have enforced high standards of behaviour. Students have developed and implemented a rigorous ‘anti-bullying’ pledge, and are working closely together in supportive, mixed-aged tutor groups.

4.    Refurbished buildings. Significant investment has been made to improve many areas of the school. The oldest building, the Bedford block, will undergo a complete refurbishment over the summer. New classrooms, toilets and outdoor areas have been added, and movement around the site has been improved.

6.    Communicating clearly. Parents and friends of Ely College are now able to follow and celebrate the work of the students through our regularly updated social media feeds, re-designed website and regular informative newsletters. Every half-term the Principal hosts ‘Parents In The Loop’ open forum-meetings to update parents and hear their views.

7.    Extending learning through PLEDGES. Our PLEDGES rewards scheme encourages students to develop character, take responsibility and gain new experiences as a preparation for life. All students accrue PLEDGE points by engaging in activities outside of the classroom that support participation, leadership, the environment, diversity, giving, excellence and service.

8.    Opening our doors. Ely College is working with an enterprise advisor and business mentors to build ever-closer links with local businesses. We host regular enterprise events to promote and connect students to the world of work. Our adult and community education offer continues to grow, and we have expanded the range of groups and societies using our facilities.

9.    Academic tutoring for success. Smaller tutor groups have allowed for regular academic mentoring meetings for all students. A wide range of revision and catch-up sessions, along with a significant ‘Year 11 Matters’ programme of support and guidance has helped prepare the students for exam success this year.

10.    Gaining recognition, gathering momentum. We are thrilled to be welcoming a higher number of students into Year 7 in September, despite a reduced catchment area. Significant numbers of Ely parents are once again putting their trust in the school. In April we hosted a very positive monitoring inspection by the Department for Education, who concluded that the College was ‘moving strongly in the right direction’.

In March, an inspector from the Department for Education visited the College to monitor progress since joining CMAT. Its report praised the role of CMAT in the transformation that has taken place and said that “the Trust has played a key role in bringing about the improvements” and that “its local knowledge and presence have been much valued”.

The report particularly commended the level of collaboration between the College and other local schools in the Trust and said that the collaboration “has raised staff expectations about what is possible and contributed to better practice and a climate of improvement”.

Mark Woods, Chief Executive of Cambridge Meridian Academies Trust, said: “Ely College has really benefited from the close relationship it has with other schools in the CMAT family. The transfer has meant that Ely has had much needed support on its doorstep, and has benefited from tailored, local expertise.

“CMAT is a growing Trust and we were recently ranked as the fifth highest performing multi-academy trust in the country for its performance in the Key Stage 4 league tables. As we grow in the region we are able to share best practice and offer more support to our schools.”

It was recently announced that CMAT will also be sponsoring Downham Feoffees Primary School, which is just a 5-minute drive from the College. The Trust was also asked to sponsor new free schools being built in the area including a secondary school in Corby and a secondary school and special school in Northstowe.

Some great photos from our first year with CMAT! 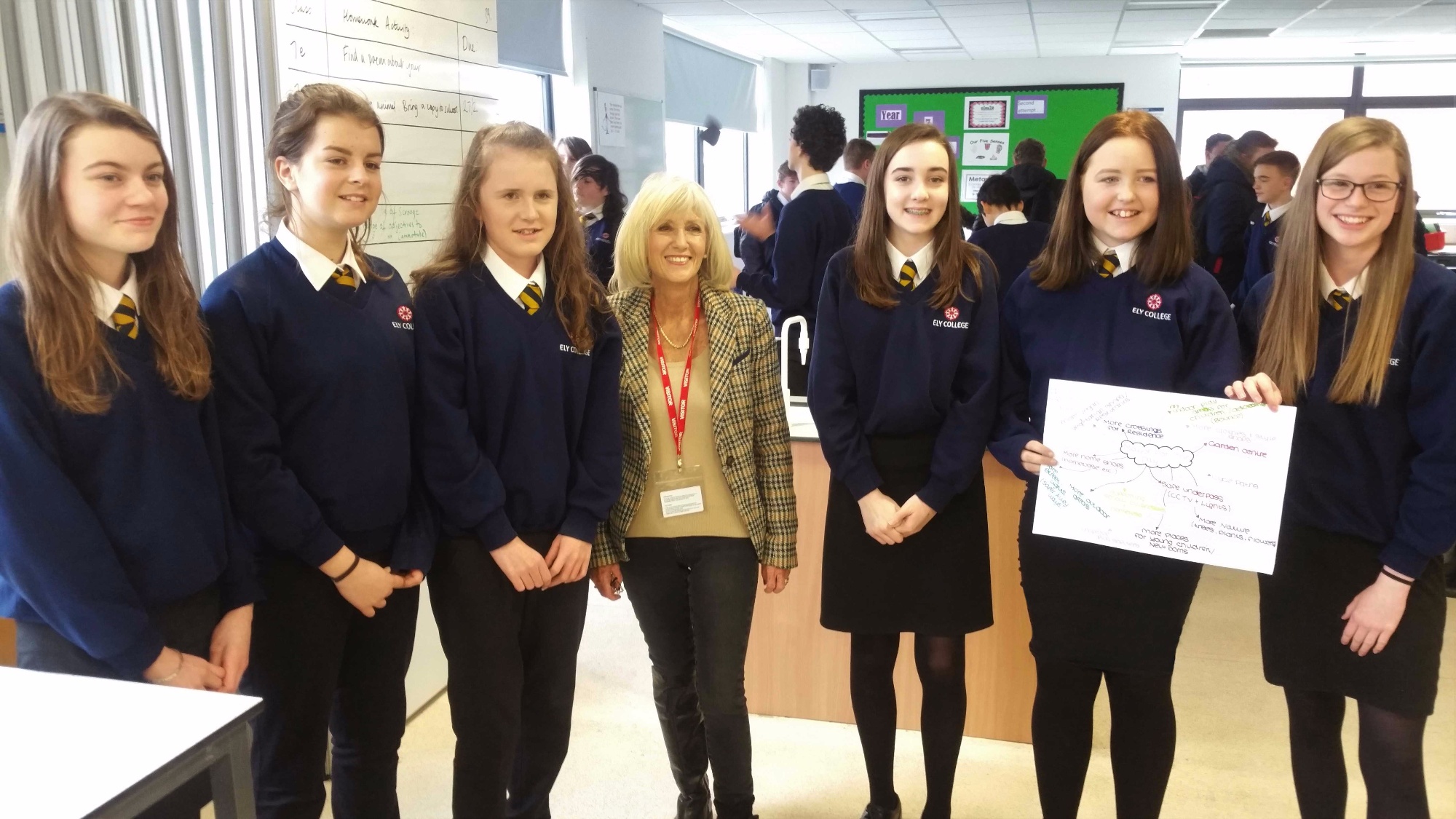 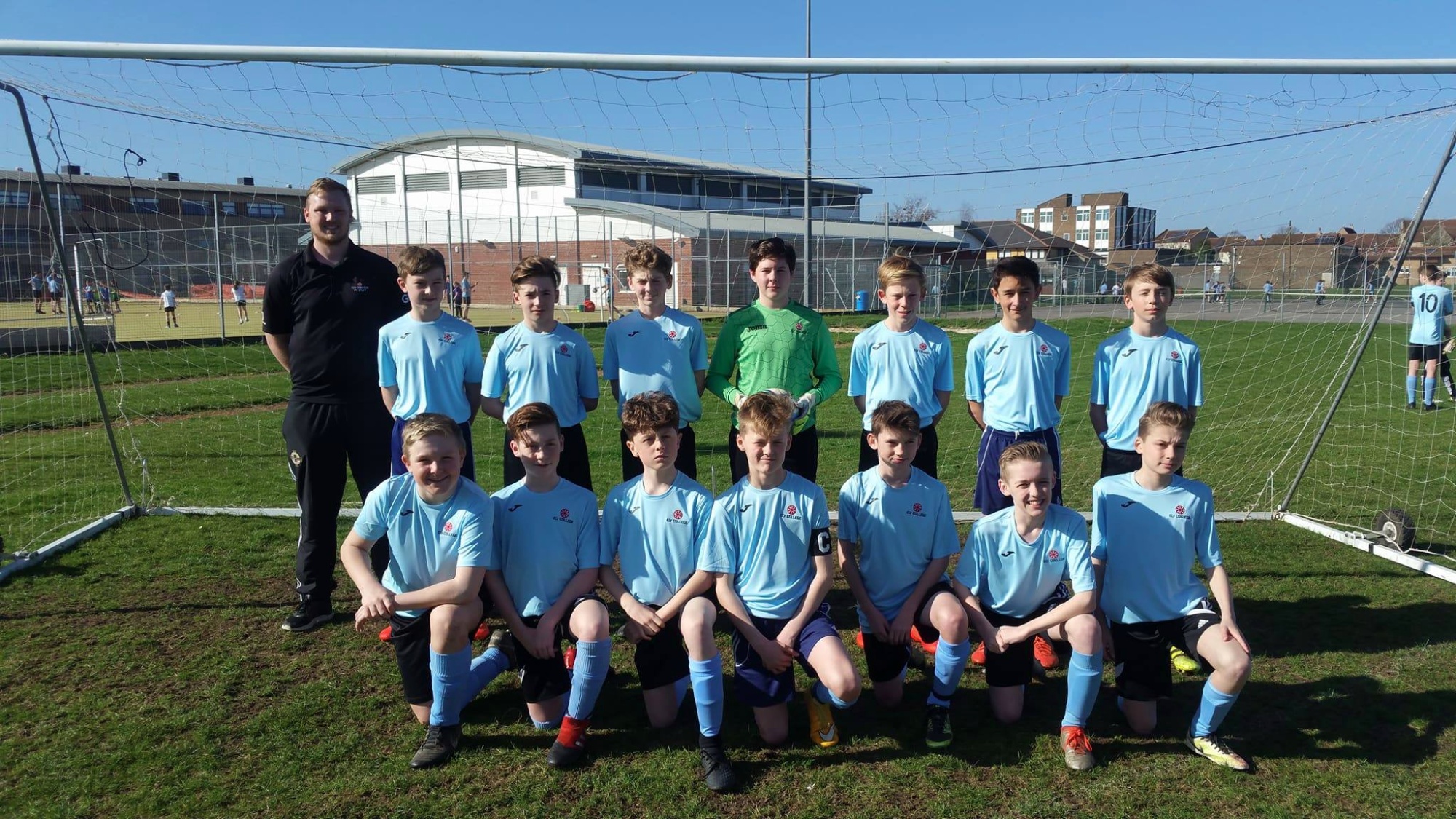 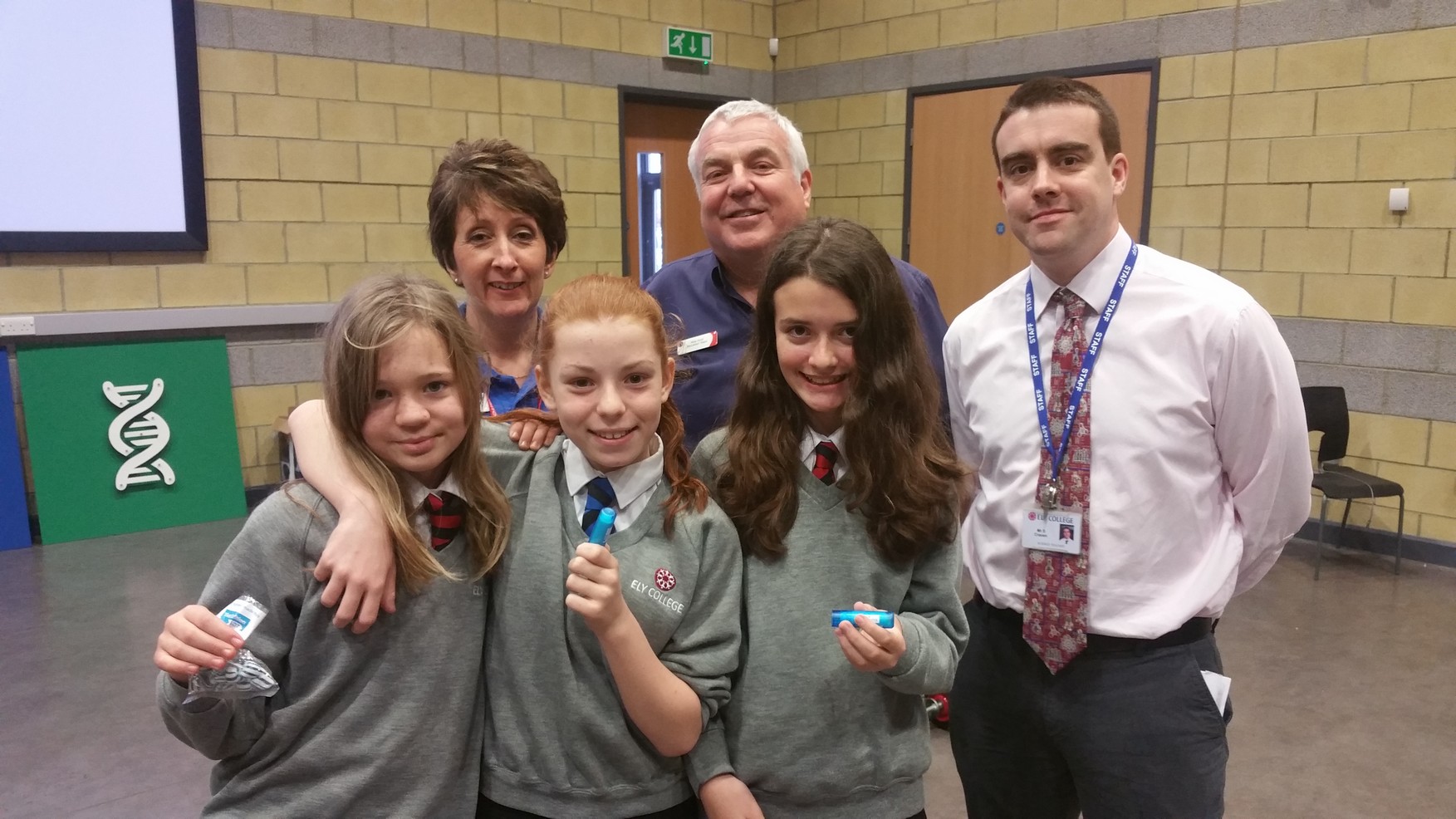 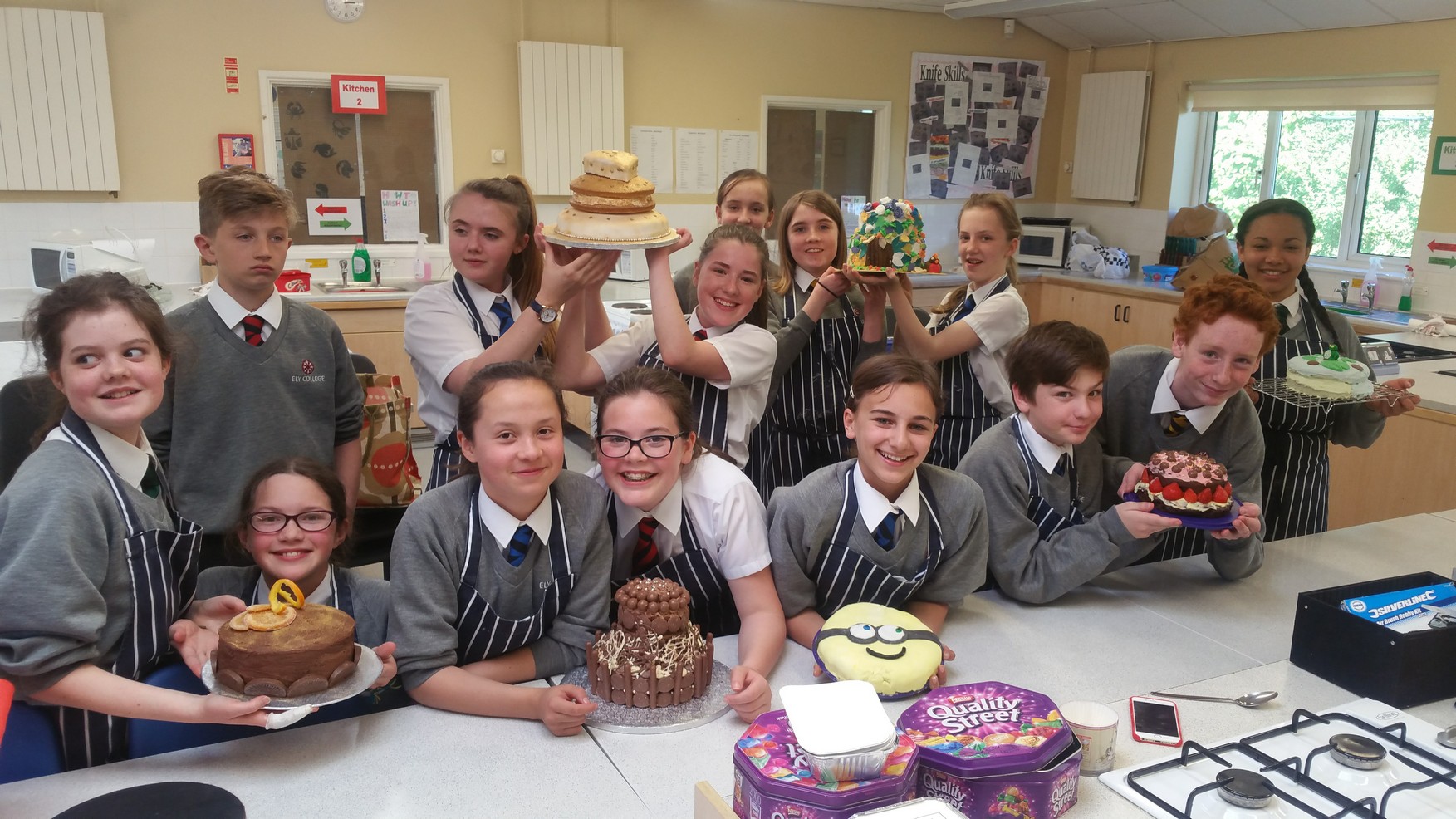 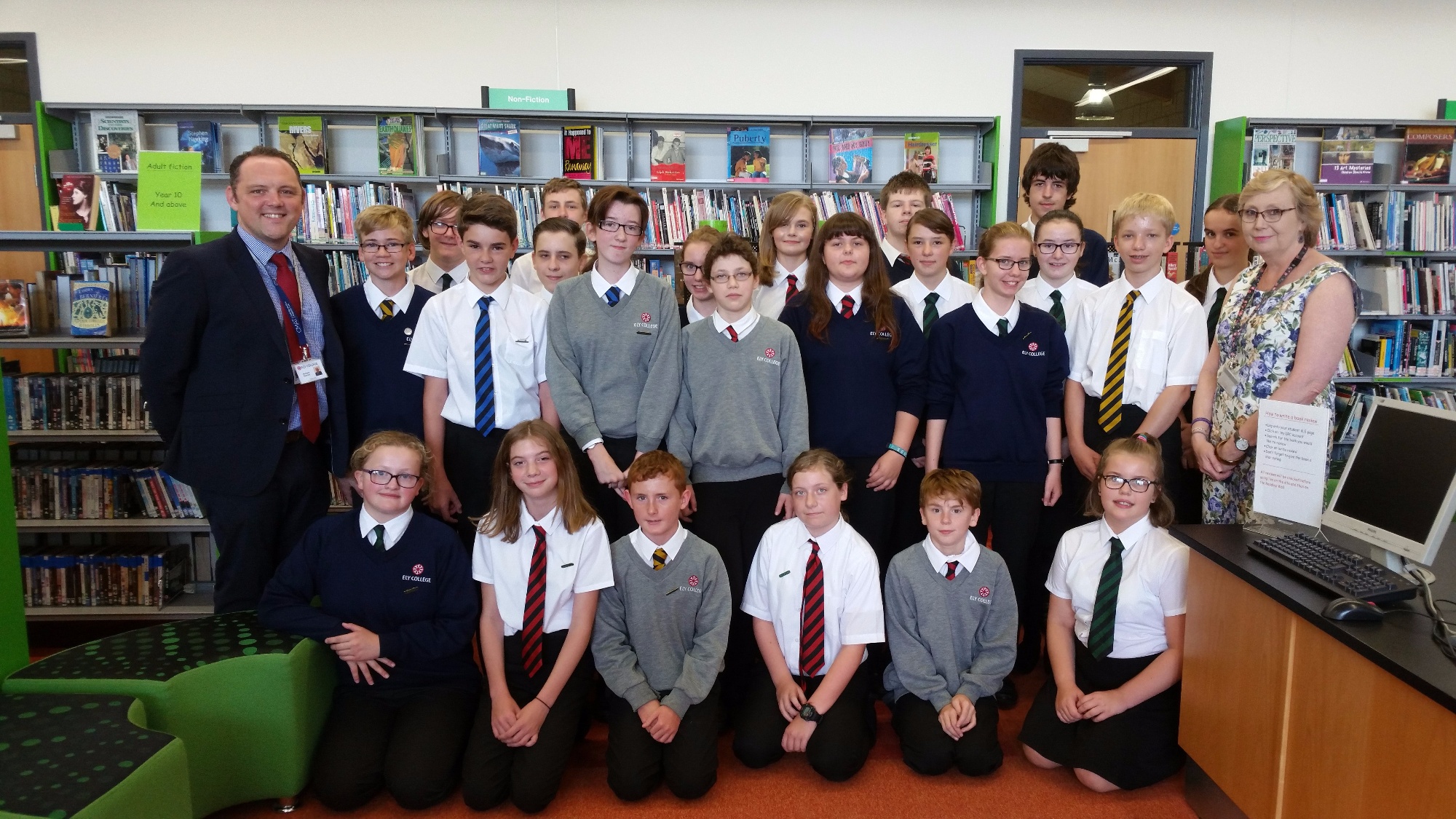