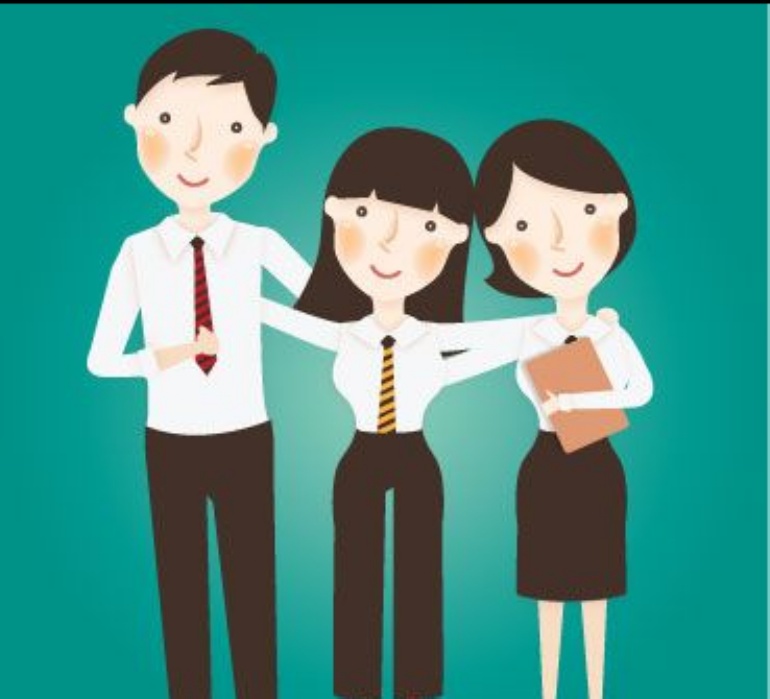 Staff and students at Ely College were pleased to receive highly positive feedback after a visit from an inspector from the Regional Schools Commissioner’s Office last month.

The inspector visited the College on the 23 March to assess its progress since joining with Cambridge Meridian Academies Trust (CMAT) in July 2016. Following his visit the inspector wrote to the school to report on his observations.

In his report the inspector celebrated many aspects of the College including its improved communication with parents, its new house system and vertical tutor groups and its improvements to staff morale and the school building. In his concluding statement the inspector stated that he felt “the College is moving strongly in the right direction.”

Principal, Richard Spencer, said: “We are delighted with the findings of this report and proud of the transformation the College has made so far. There is still much to do to ensure we provide the high quality education for all pupils that the people of Ely deserve but as the inspector so nicely put in his report ‘there is an important feeling of optimism for the challenges ahead’.

“I would like to thank the community for their continued support of the College. Parents in particular should be very proud of the role they and their children are playing in the transformation of the school. If you would like to see the changes for yourself and take a tour of the school please get in contact with the College’s reception.”

The inspector’s report particularly praised the College’s new house system and vertical tutor groups. It said they have “been an effective way of building mixed-age families and promoting a community feel” within the College. The inspector said students saw this as a more efficient system and a considerable improvement on what went before.

The inspector also met with some of the College’s Year 11 students and in his report he noted that students were very complimentary in recognising the efforts of staff to help them catch up and achieve their personal exam goals.

The report also said students spoke highly of the changes the College has made to the school building so far and were very complimentary about their ability to have a say in the running of the school. They told the inspector they felt that their suggestions were taken on board and often led to actions. The inspector said he had overheard a lively debate about the proposed new uniform in the corridor and said “such initiatives are a very effective way of involving students and giving them a stake in school life”.

The report praised the role of Cambridgeshire and Peterborough based Trust, CMAT, in the transformation that has taken place at the College. The report said that “the Trust has played a key role in bringing about the improvements” and that “its local knowledge and presence have been much valued”. The report particularly commended the level of collaboration between the College and other local schools in the Trust and said that the collaboration “has raised staff expectations about what is possible and contributed to better practice and a climate of improvement”.

CMAT were recently ranked as the fifth highest performing multi-academy trust in the country for its performance in the Key Stage 4 league tables.

To read a more detailed exploration of the report, please visit the College’s website for a letter that has gone home to parents. 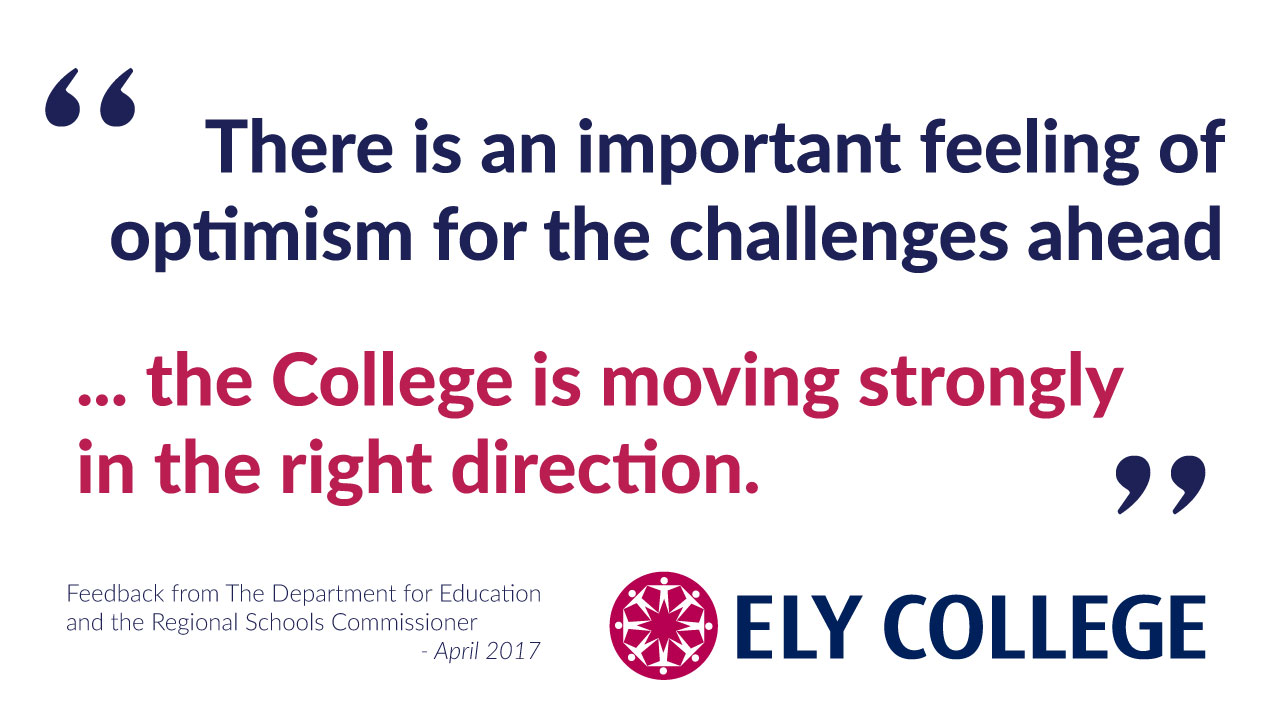 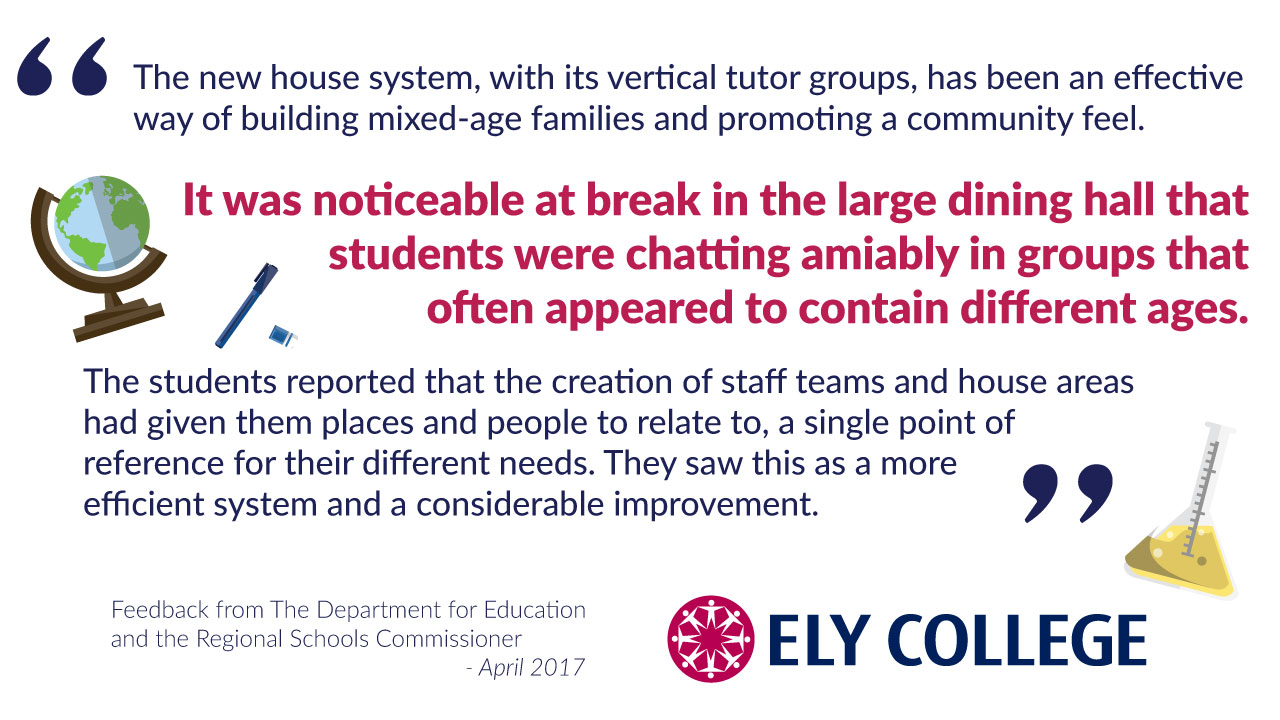 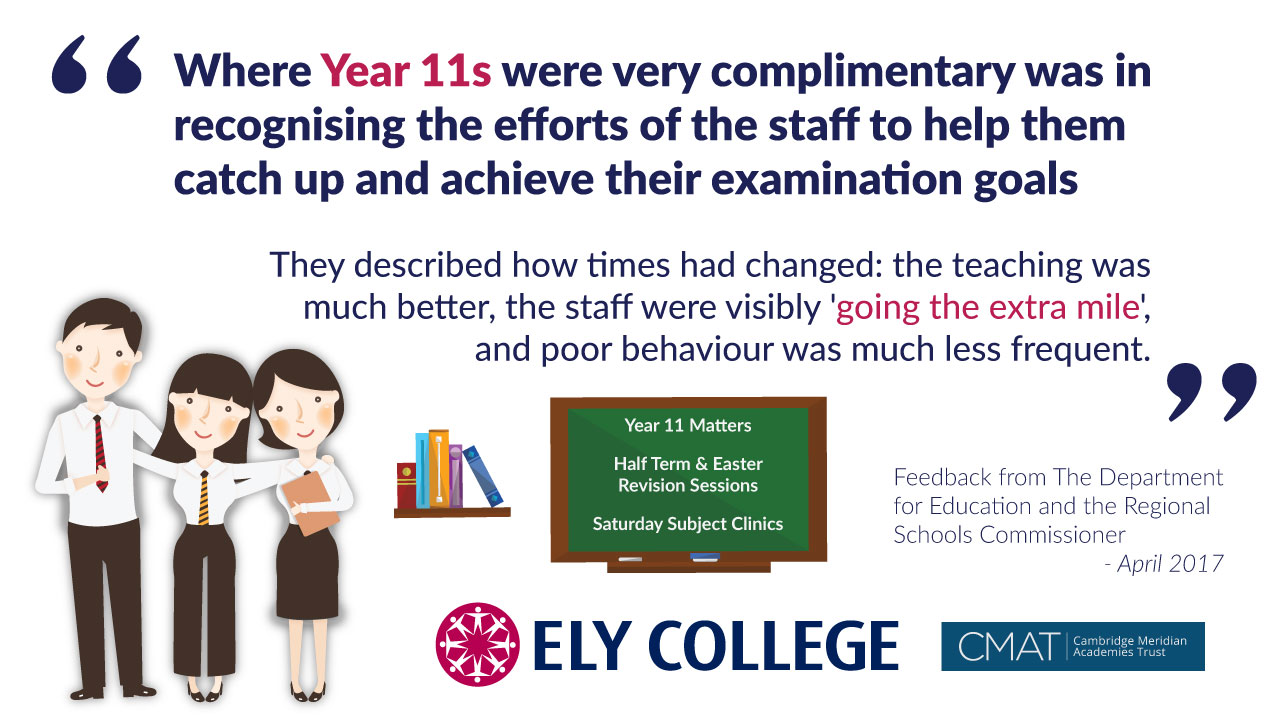 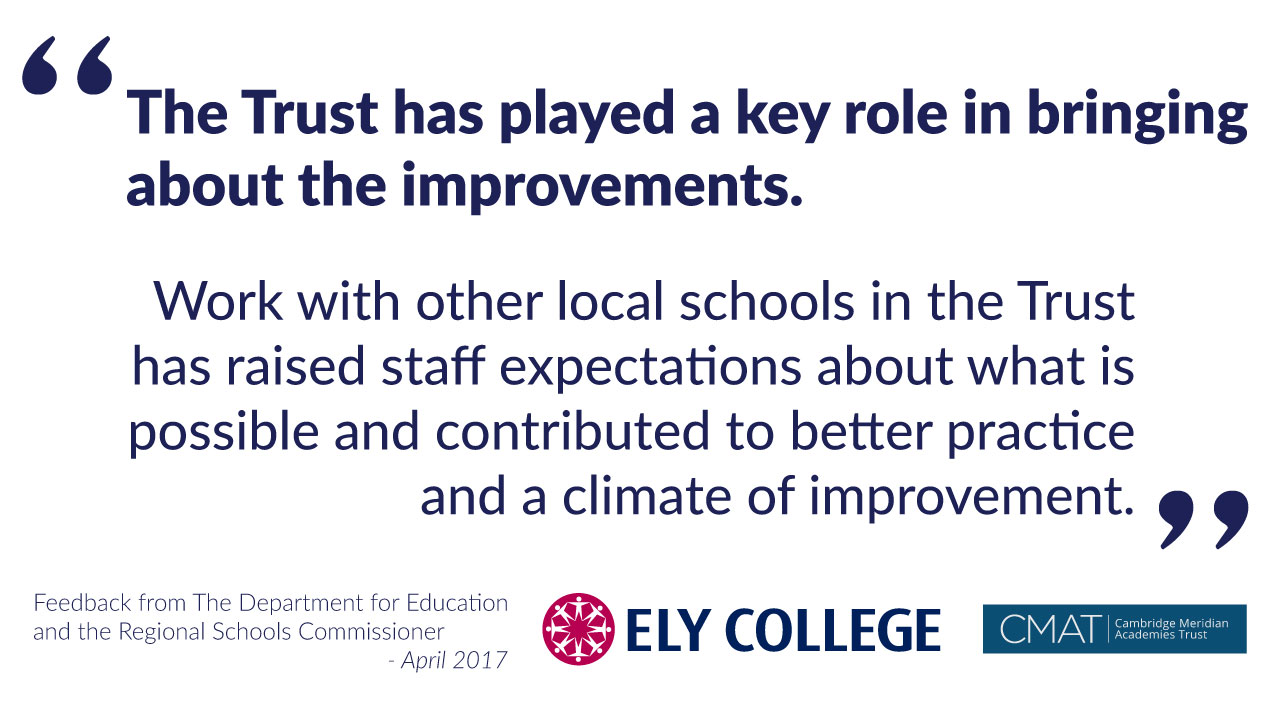