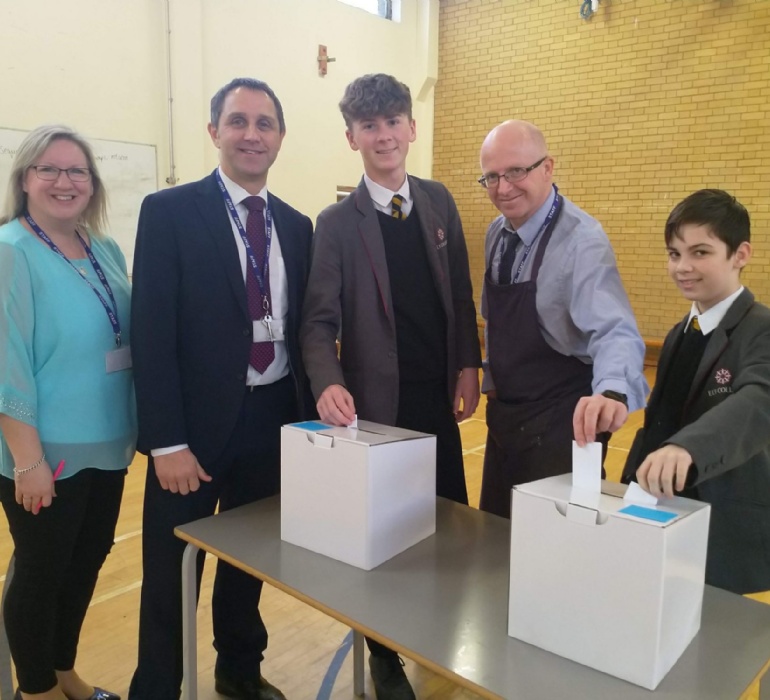 Following a very successful event run in the 2017 General Election, students at Ely College were once again given the opportunity to have their opinions heard at the ballot box. As part of the college’s PSHE curriculum, all students took part in a ‘mock’ election process, complete with ‘hustings’ visits from each of the South East Cambridgeshire local candidates.

All four candidates visited the college over the course of the week and each addressed an assembly of students on their different visions and policy platforms. Prominent issues raised included the environment, school funding and Brexit.

Our students and staff joined the nation as they took to the polling stations on Thursday to cast their votes in school.  The returning officer for the college made a formal results declaration on Friday morning, after the count had taken place. The results were as follows, with Labour candidate, James Bull, emerging as the overall winner: 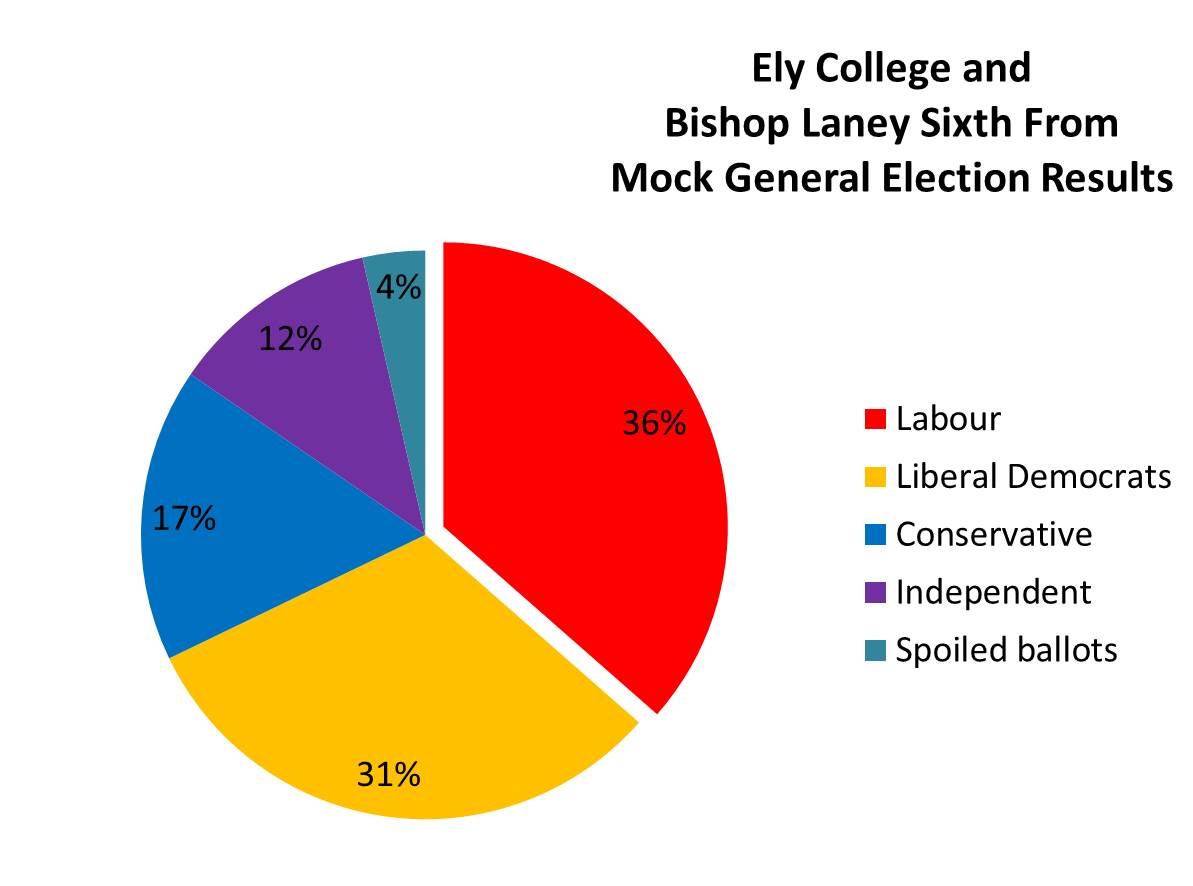 The actual winner of the South East Cambridgeshire parliamentary election, Lucy Frazer MP, will take some comfort in the breakdown of the vote. Bishop Laney Sixth Form students bucked the overall college trend by backing the Conservative candidate with 32% of the vote.

Ely College Principal, Richard Spencer, said: “This generation of young people feel passionately about many topics such as the environment and securing more opportunities through education. We wanted to help students understand the issues the country faces, as well as the importance of exercising the hard won right to vote. This has been an amazing opportunity, and they took full advantage of being able to ask questions about issues important to them which makes us very proud. I’m very grateful to all four of the candidates for giving their time to come and engage with them. We fully intend to keep this tradition of mock general elections in the future.” 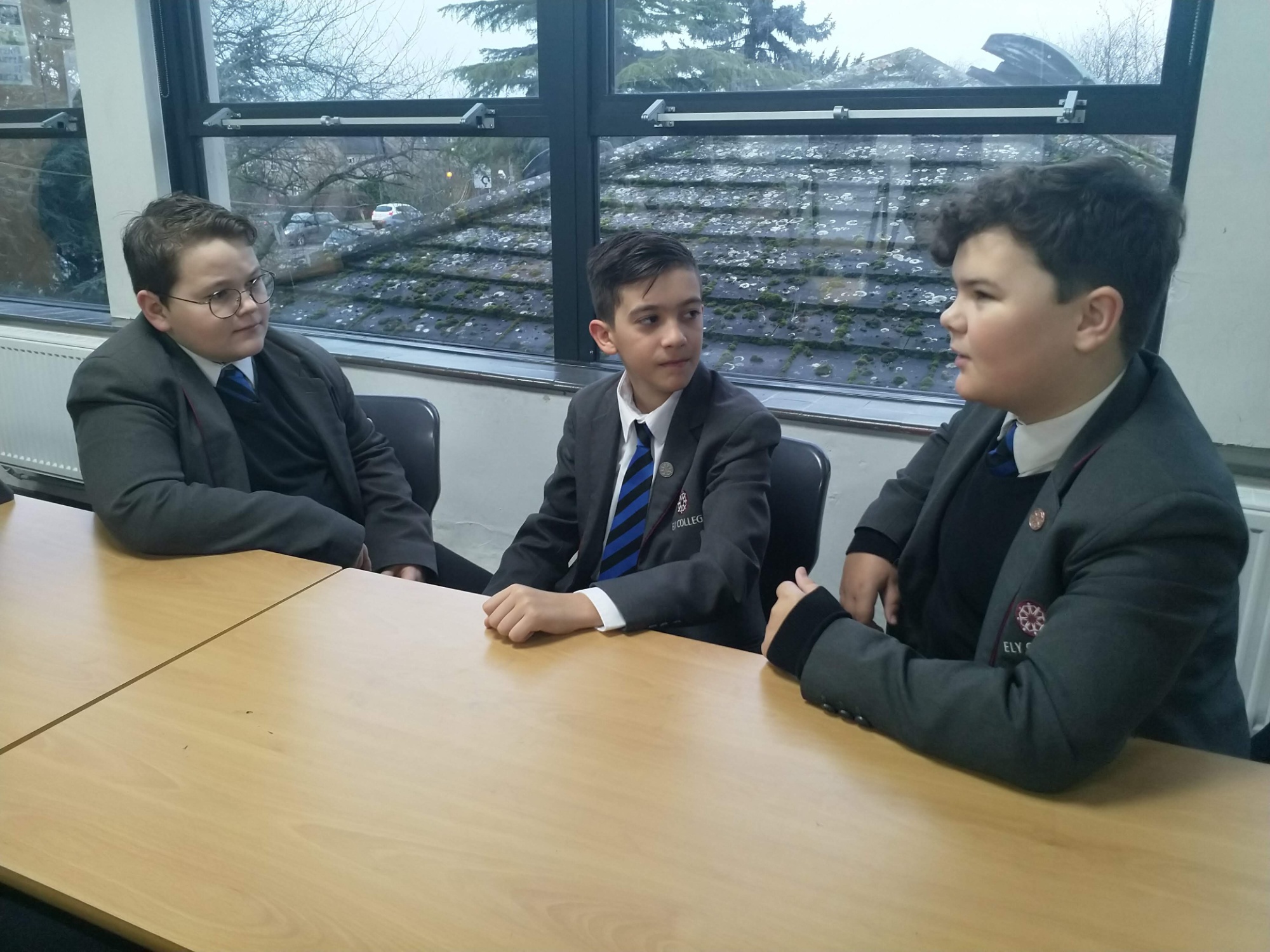 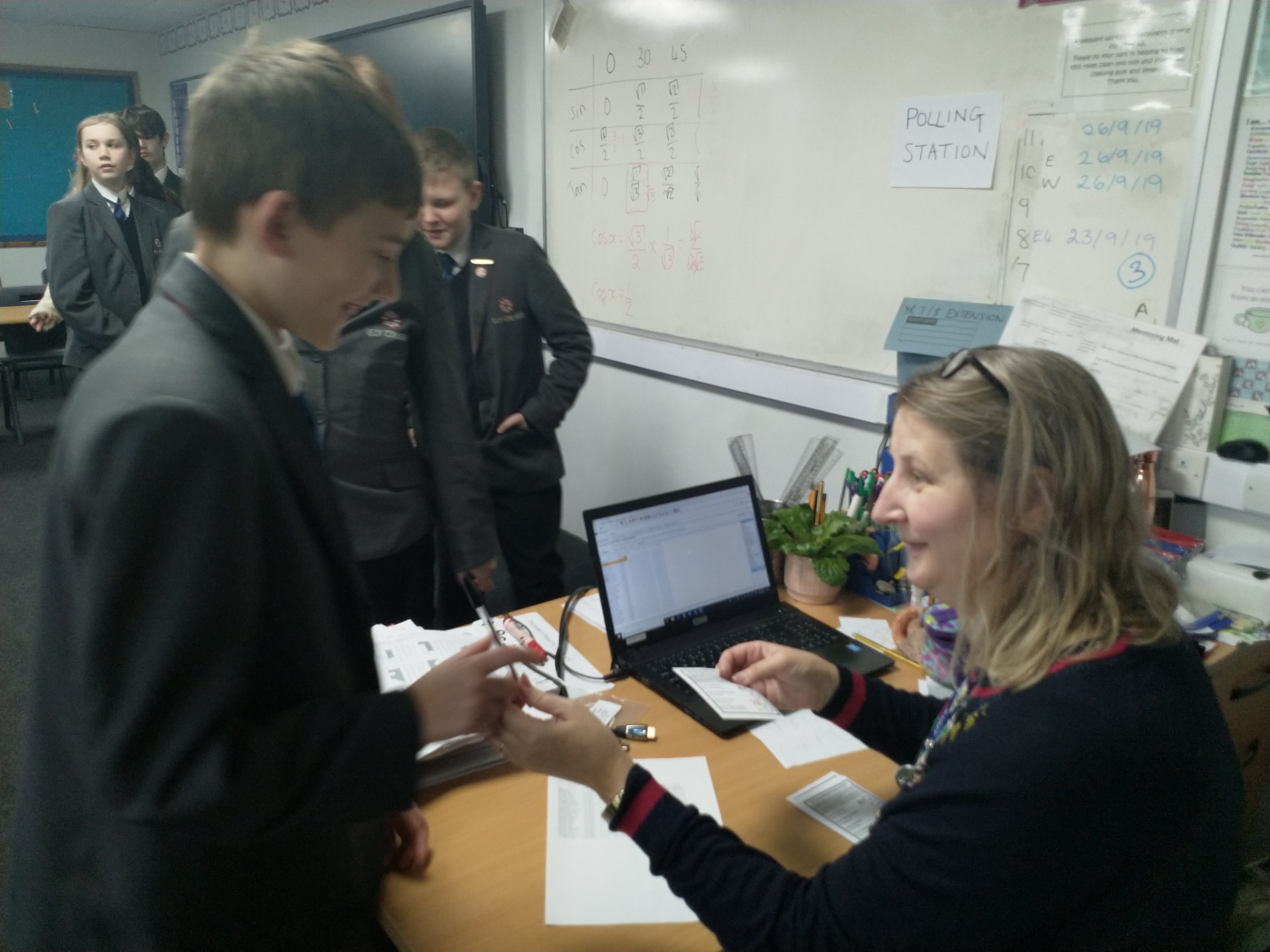 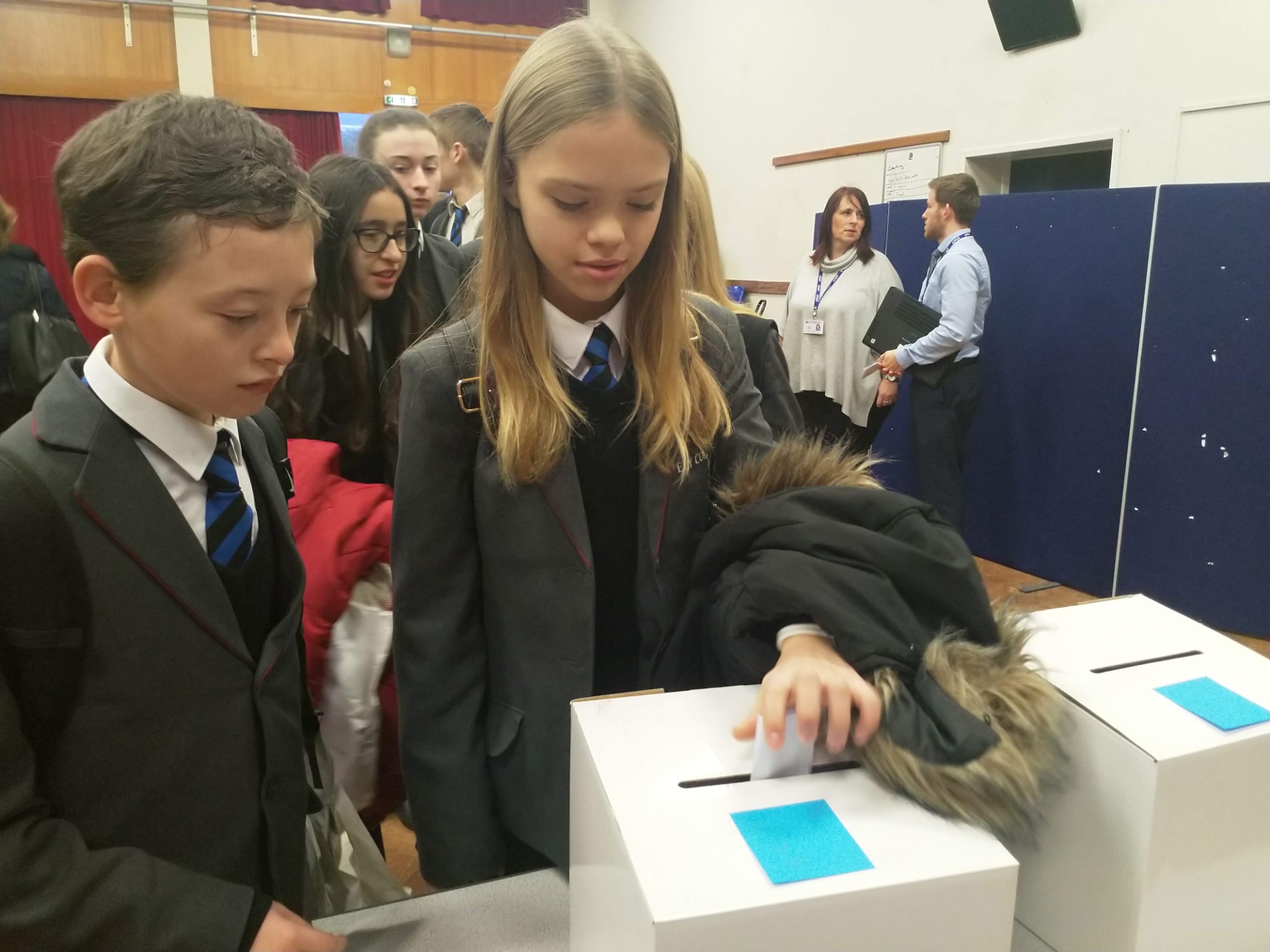 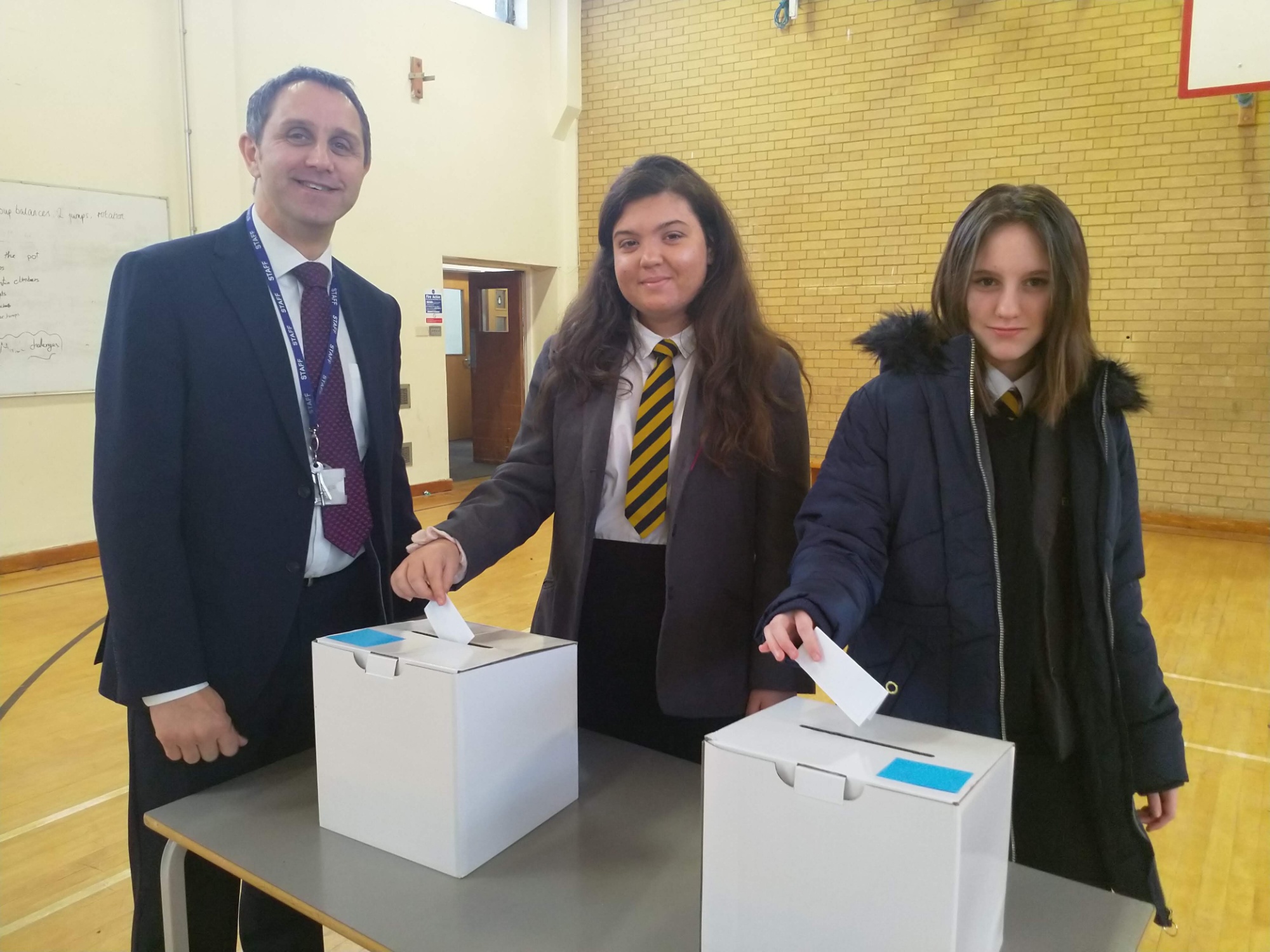 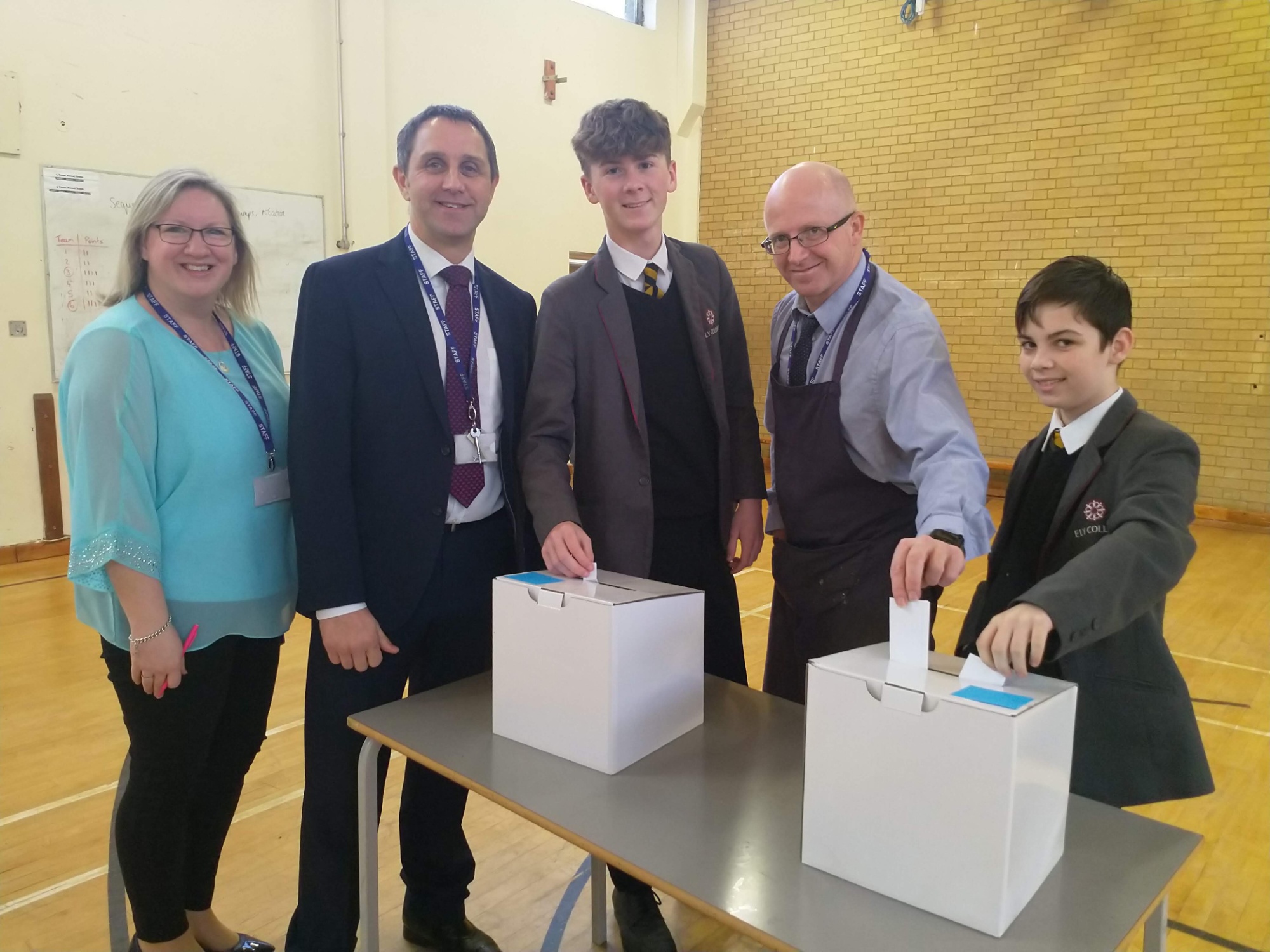 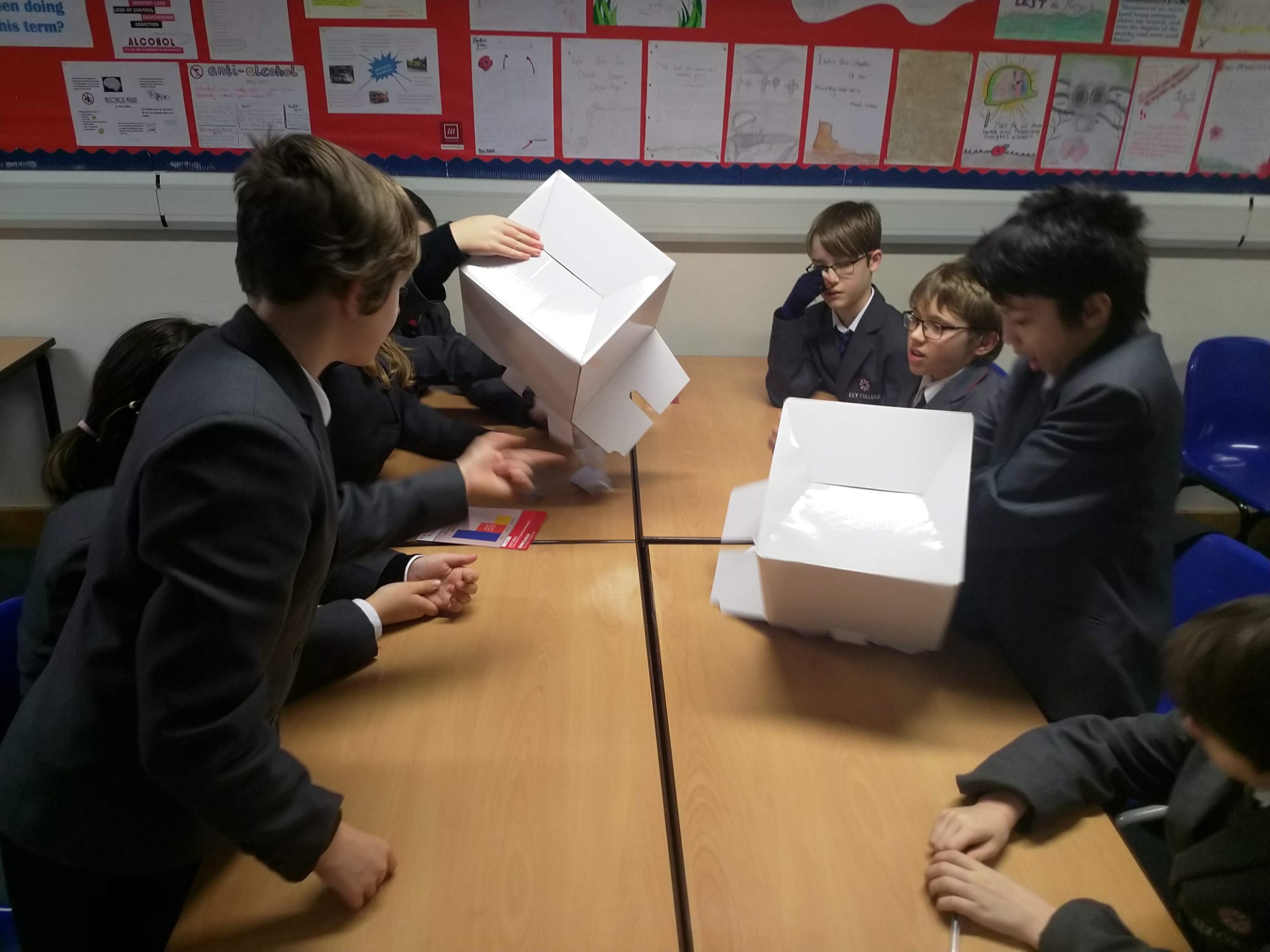 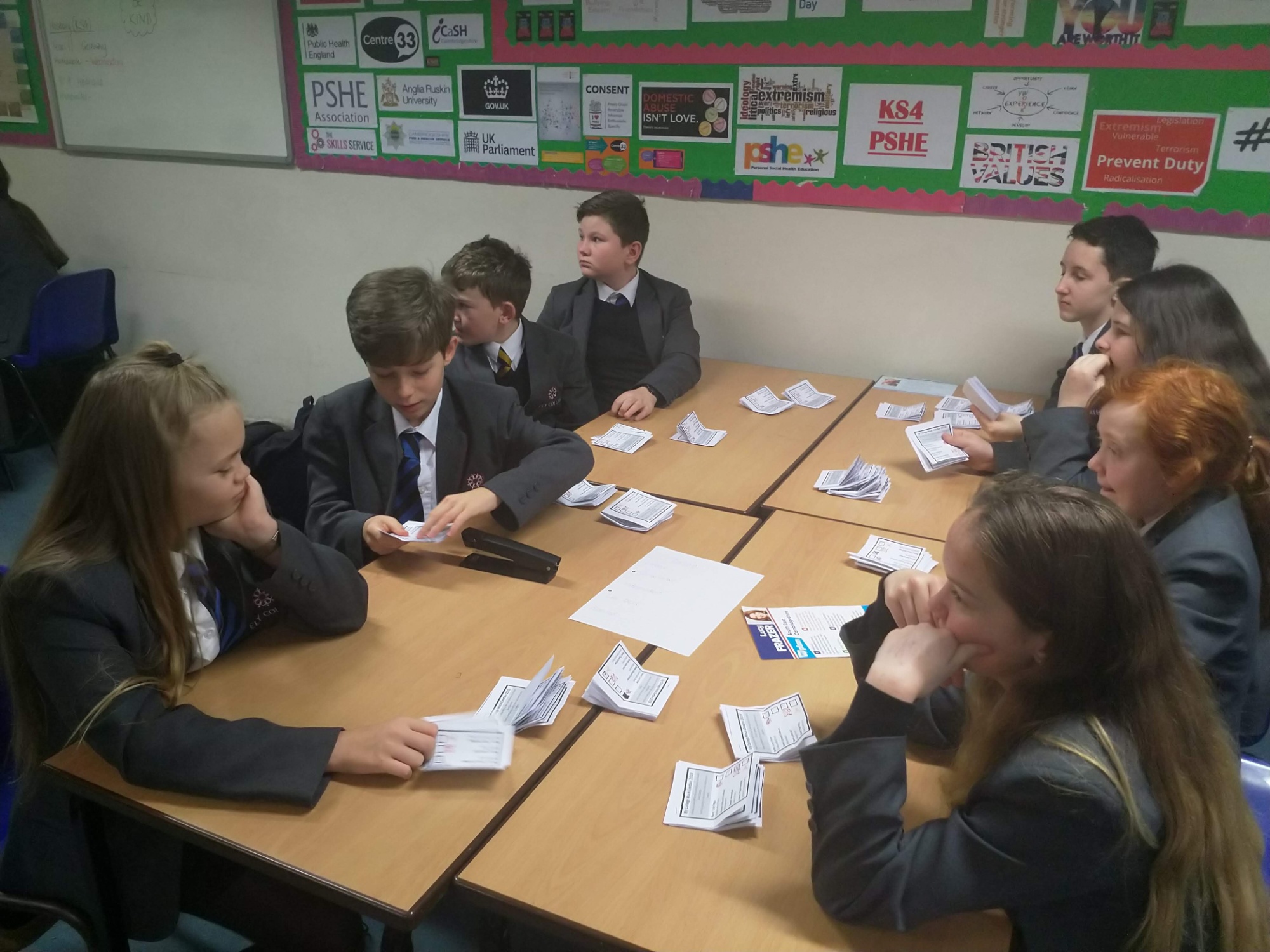